The Tollywood producers called off the shoots from August 1st to discuss about the possible solutions for their problems. All the active producers are meeting on a regular basis to discuss about the issues. The discussion about the OTT release cap, VPF charges and others were discussed but there is no debate about the remunerations of the stars. Though the producers are keen to slash down the paycheque of the stars, none of them will dare to discuss this with the star actors of Telugu cinema. Dil Raju who has been the face of Producers Guild for a while too is hesitant to meet the stars though he has been discussing this on a louder note in the Guild meetings.

The actors are not ready to wait for a longer time because of the strike. They are mounting pressure on their producers to resume the shoot. Balakrishna informed the same to Mythri Movie Makers. He wanted the next schedule to start immediately and the production house is left puzzled. Young actors like Nani and others too have informed their producers to solve the issues soon and resume the shoots.

The Producers Guild formed special committees to discuss about various issues and it would take some more time to get a clarity. We have to wait to see if the actors would wait for a long time or if they will mount pressure and resume the shoots. 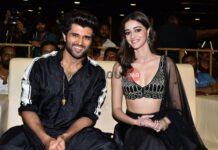