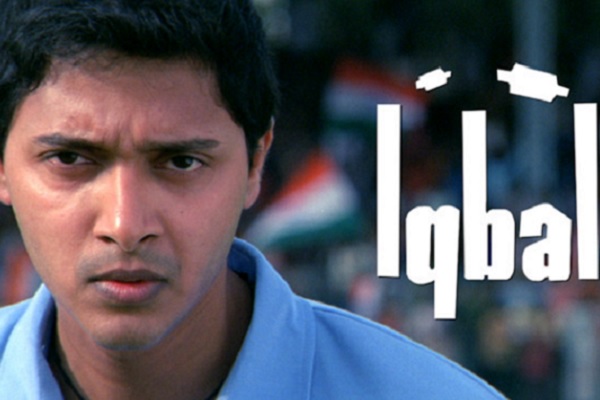 There is no arguing that sports are a huge multi-billion dollar industry that attracts thousands of people from all over the world. One of the most popular sports nowadays is cricket and a lot of people try to find out more about cricket teams on Stumped.App and never miss any important sports news.

There are a lot of sides to this beautiful sport. For example, many movies are being produced each year about cricket. Considering the fact that the number one country when it comes to this sport game in India, let’s review the best Indian movies about it.

Without any doubt, the first film will be a famous Indian sports thriller Awwal Number. It was released in 1990. It already has become an old-time favorite classical movie about cricket. The director of the film was Dev Anand. He also played one of the main roles in the film alongside Aamir Khun and Aditya Pancholi.

As for the plot of the Awwal Number, it is very exciting and intriguing as there are several storylines. For example, the main conflict of the movie lies in the relationship between characters Sunny and Ronny, who are famous cricketers. The former becomes a substitute for the latter on the matches between India and Australia. For that reason, Ronny starts hating Sunny and plans his revenge. Simultaneously, another storyline evolves. To ruin a match between India and Australia, a terrorist places a bomb on the field.

The character of Dev Anand comes to know this information and desperately tries to prevent the catastrophe. Of course, there are also some incredible cricket moments in the film. For example, Sunny shows a great play during the match and performs a match-winning stroke when the team was on the edge of losing the tournament. In this perspective, Awwal Number is a must-see for those who enjoy the combination of sport and art.

The next film on the list of great Indian cricket movies is Iqbal. The first thing that you need to know about it – it not only features some great cricket moments, but it is also a strong drama with a powerful motivational motive. For this reason, it received The National Film Award for Best Film on Other Social Issues in India. It was directed by released in 2005 by Nagesh Kukunoor.

However, his challenges and obstacles have only begun. After being expelled from the team due to a conflict with another player, he continues training and starts playing for a smaller time. Thanks to his dedication and fortitude, he makes his way back and joins the Indian national cricket team after all. At the end of the film, he makes his international debut.

Iqbal is a great example of how a sports movie can have a strong social aspect. It not only features some cricket aspects but also includes a strong social motivational storyline.

The last but not the list movie example on the list is M.S. Dhoni: The Untold Story. Despite the fact that it was released in 2016 and is relatively new, it already managed to win the hearts of cricket lovers.

It is a biographical film based on the life and career of a famous cricketer and captain of the Indian national team Mahendra Singh Dhoni. The lead actors are Sushant Singh Rajput as Dhoni, Kiara Advani, and Disha Patani.

The storyline of the film is very interesting: it shows different parts of the life of Dhoni from a young age up to the biggest moment of his career. The movie shows that he was a cricket collector first who hated the job ad always dreamed of becoming a professional player. After trying out for the Indian under-19 team and losing it, he dedicates all his efforts ad starts training intensely. Due to his fortitude, he gets accepted to the team and makes his debut.

The film also shows how personal struggles influenced Mahendra and his career. After his girlfriend is killed in the accident, he performs poorly on the field during the games of 2007 Cricket World Cup. However, despite all the obstacles on his way, he manages to form a strong team and becomes one of the best captains Indian national cricket team ever had.

M.S. Dhoni: The Untold Story is a great film that is a strong motivational story for young boys who dream of becoming professional players. It shows that life and career path is not always easy. However, being dedicated and staying on course will lead to success. An example of Mahendra Singh Dhoni proves it.