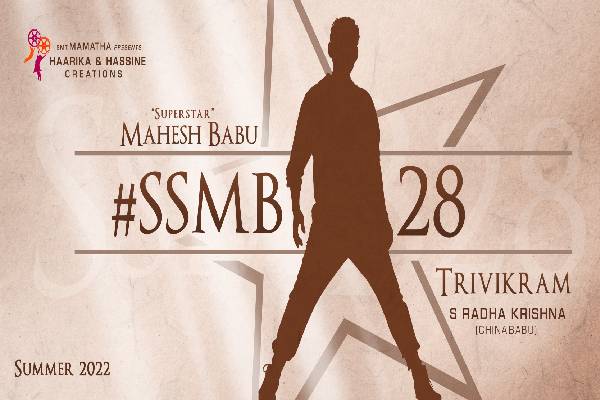 Trivikram is undoubtedly the best writer and one of the top directors of Telugu cinema. After the super success of Ala Vaikunthapurramuloo, the top director is rushed with offers. Every top hero is ready to allocate the dates for his magical director. Trivikram locked Mahesh Babu for his next and the film got its official announcement. It was Trivikram who convinced Mahesh Babu to take up a huge remuneration for the movie which isn’t disclosed for now. Mahesh who enjoys the profits for his films will stay away from taking the profits for this film.

Instead, Trivikram will enjoy a lion’s share from the profits of the film apart from his hefty paycheque as remuneration for the movie. He is expected to take Rs 24 crores as remuneration for the film and will share the profits. His home banner Haarika and Hassine Creations will produce this prestigious project and the shoot commences from the second half of the year. Pardhu is the title speculated and it would be announced on May 31st and the film is announced for summer 2022 release.