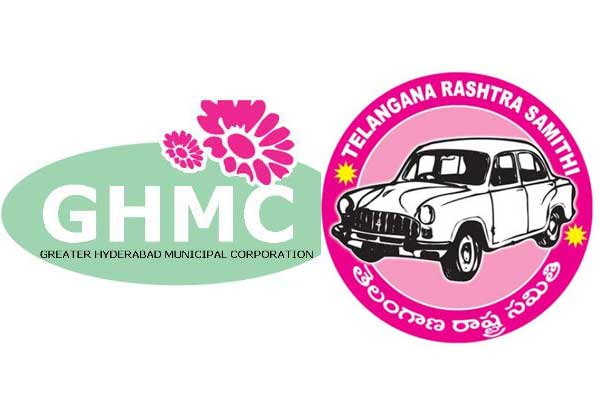 Greater Hyderabad Municipal Corporation (GHMC) reenacted Warangal  for the ruling Telangana Rashtra Samiti. The party decimated all opposition parties, except MIM, which looks a bit safe in its sanctuary of Old City. All communties of Hyderabad, whether they are Seemandhra or Rajasthani or Maharashtra… extended full solidarity to  Telangana party.

While the TRS won 99 out of 150 division, the MIM stood second by 44. Among others Congress won just two seats and the TDP-BJP combine ended up with five.

TRS’ strategy to win over the Seemandhra people, the only community to have clear political  identity in Hyderabad, worked extremely well and the result is the landslide victory to the pink panthers. The victory of TRS in the GHMC elections is significant in many ways- 1. There are no takers for Chandrababu Naidu’s developmental theory and it is a lesson to Andhra Pradesh chief minister that creating too much hype about the natural course of development is bound to boomerang; 2. TRS is successful in instilling a feeling that there are no Telanganites and Seemandhas in Hyderabad and all are one. TRS star campaigner and IT minister K T Ramarao appears to be successful in burning in to the minds of the Hyderabad people that past is past ; 3. From their side, Seemandhra people seems to have come to the conclusion that they are part of Telangana and any divisive hostility won’t do good to them ; 4. As for BJP, Modi is no inspiration in this part of South India; 5. Big lesson to Congress is that time is not ripe for its revival.

When a Telangana party is in power, there should not be any disturbance from other political parties- seems to be the message of the two elections-Warangal Lok Sabha bypoll and GHMC. Otherwise, the rejection of entire opposition lock, stock and barrel can’t be understood. The massive schemes of the government such as Kakatiya mission, Water Grid project, 2BHK etc have instilled confidence among the people in the capacity of the TRS government to handle such projects to the fruition. Having seen Hyderabad become most happening state in the past 18 months, the people of Hyderabad seems to have felt that they should rather strengthen the hands of TRS instead of promoting opposition which would  generate more heat than the light. Here one should not forget to mention the magic woven by the TRS government in the past 18 months in providing quality power to citizens of Hydrabad. The capital of Telangana hasn’t had a single major power disruption in the recent past, which was the norm in the past twenty years. How did KCR achieve this- a miracle.

Now it is up to the TRS government to fulfill all its poll promises given by TRS supremo KCR himself on January 30 while addressing the massive rally from parade grounds of Hyderabad.

And above all, its a real victory for KT Ramarao, son of KCR, who took upon himself the responsibility of steering the party to win 100 seats in 150 strong GHMC.