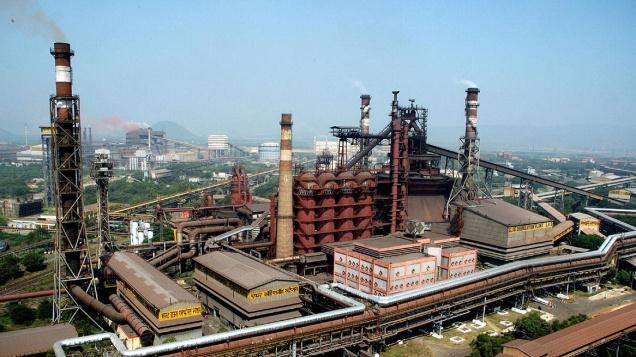 Telangana government today notified 248 sq km area in Adilabad, Karimnagar, Warangal and Khammam districts for taking up investigation and assessment of Iron Ore deposits. This is being taken up to prepare the road map for setting up of a steel plant in Khammam district. The prospecting operation is to be undertaken by the Geological Survey of India for five years. An MoU to this effect has been signed between GSI and Mines and Geology department, Telangana.

As per Section 93 of the A.P. Reorganization Act, 2014 the Central Government is mandated to take all necessary measures for the progress and sustainable development of the successor States within a period of ten years from the appointed day. The Thirteenth Schedule of the Act specifies that Steel Authority of India Limited (SAIL) will examine, within six months from the appointed day, the feasibility of establishing an integrated steel plant in Khammam District of the successor State of Telangana.

As per the Act, both Andhra Pradesh and Telangana will get a steel each under public sector. Telangana, however, fast-tracked the project, while in the case of Andhra Pradesh, there has been no movement whatsoever. Recently, Steel Authority of India sought from TS the information about the iron ore deposits in the state. Similarly, a task force set up in the ministry of steel to look after the setting up steel plant near Bayyaram in Khammam district has sought the information regarding the iron ore to go ahead. To conduct the survey on the occurrence of the iron ore the government has to notify the areas. Today’s decision is a land mark in the march towards setting up of steel plant in Telangana, said official sources.