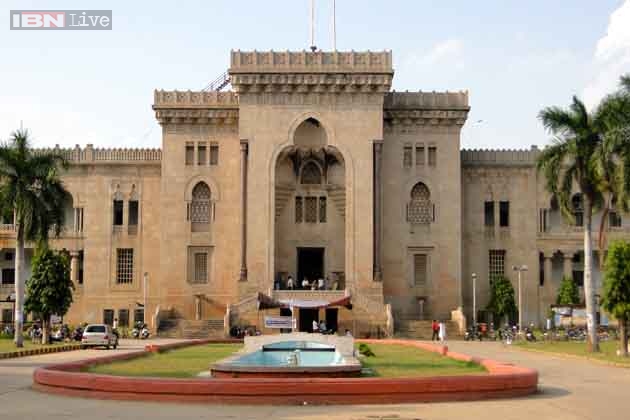 In an act defiance, dalit and left wing student organizations of Osmania university have planned a beef festival on December 10. They are not worried about the heat the beef generated in India, because, beef is food stuff and needed for survival. Banning the beef-eating, they say, is robbing them of their right to live. In the run up to the festival, on November 30, a poets’ meet has been planned. Students and scholars from different universities across the country are expected to participate in the meet. A marathon is also planned to create awareness of beef eating.

A round table with representatives of all political parties will be held on December 5. They students have a plan to invite RJD chief Lalu Prasad Yadav and Karnataka chief minister Siddaramaiah to participate in the festival. It is not known, given tension the beef engendered after Dadri incident, if the authorities would allow the festival to be held on campus.

Dalit groups and left wing students have been organizing the beef festival for quite some time in Hyderabad. The first ever beef festival organized in Osmania in 2012 led to violence on the campus resulting in the stabbing of a student. Five students injured in the clash that ensued. Many private vehicles also got damaged. Scores of students had been taken into custody. undeterred by these incidents and possible retaliation by ABVP, the dalit and left wing students have made it a practice to celebrate beef as food every year. This year the festival is scheduled on December 10,2015.

Beef on the campus has history in Hyderabad. A year before, in 2011, some dalit students organized a beef festival on campus of English and Foreign Languages University (EFLU), adjacent to the Osmania, which also ended up in a clash. Sangh Parivar’s ABVP stormed into the festival, destroyed the food items and attacked the organizers. Many students sustained injuries in the clash.

The inspiration for the EFLU’s Beef Festival was the similar festival organized on campus of Hyderabad Central University (HCU). CH Sateesh, a student Sociology department of HCU told telugu360.com that HCU students waged a three-year long battle for permission to celebrate the beef festival. And finally, it was held amid tight security.

Large presence dalit students in these central universities emboldened these students to break the restrictions on the food they had been living on. Later, this caught up on the campus of Osmania as well. Students of OU have floated the a forum called ‘save democracy’ to defend the democratic rights of students. RN Shankar of All India Students Federation, a CPI affiliated students wing, said their festival was not political move.” This is an attempt to sensitize the people on the need to resist the imposition of restriction on the food habits of various groups of people. Food is a cultural choice. And people have the right to follow their cultural traditions,” he said.

Student leaders cautioned that the “beef festival” should not be mistaken as a merry making event or a carnival.

“Beef is part of our natural food and we condemn Hindutva forces dividing the country on the basis of food habits. Any child will say attacks on beef eaters have risen manifold since Narendra Modi has come to power. We are uniting to resist these attacks,” added Vishnu of the Progressive Democratic Students Union(PDSU).