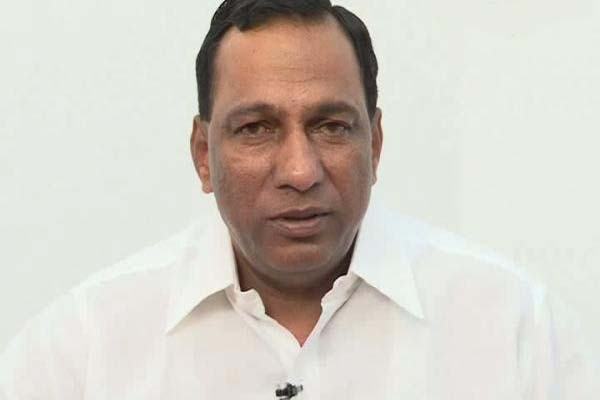 The Congress has demanded that a case of corruption be registered against Labour Minister Ch. Malla Reddy who allegedly collected crores of rupees from aspirants to give TRS party tickets for municipal elections. It also demanded that Malla Reddy be sacked from cabinet with immediate effect.

All India Congress Committee (AICC) Spokesperson Dr. Dasoju Sravan played out some audio clips which went viral on social media which suggests that Malla Reddy and his close relatives asked for huge money to give TRS party tickets. He said the audio clip was of a telephonic conversation between Malla Reddy and son-in-law Rajshekhar Reddy who alleged demanded aspirants to pay lakhs of rupees to get TRS ticket for municipal elections. Asking whether seeking money to give party ticket was not corruption, he demanded the Anti-Corruption Bureau to register a suo motto case against the minister and his relatives. He said some aspirants have also spoken to media accusing the minister of demanding huge amounts. He said when ACB could arrests employees for demanding money, why was it silent when a similar crime was allegedly being committed by a minister?

Sravan demanded a high level enquiry into the allegations and stern action against the minister. He said that the Congress party would lodge a formal complaint with the police and the Election Commission in this regard. He reminded that Chief Minister K.Chandrashehar Rao had announced in the past that he would not spare anyone who indulges in corruption. He asked whether KCR maintains the same stand on corruption and if yes, then why he is silent on allegations against Malla Reddy.

The Congress leader also demanded that Election Commission take against Minister Errabelli Dayakar Rao who intimidated the voters by saying that he would come to know whom they have voted for in the municipal elections.