The proposed auction of temple assets by Tirmuala Tirupati Devasthanam trust board does not seem to die down anytime soon. Despite the Jagan government issuing a GO to halt the auction of TTD assets, the issue has now landed in the High Court. A legal battle has started brewing in Andhra Pradesh High Court over the proposed sale of the Tirumala Tirupati Devasthanams (TTD) properties in Tamil Nadu.

A petition was filed in the AP High Court on Tuesday directing the court to halt the auction of 50 TTD assets in Tamil Nadu. TTD, which manages the affairs of Sri Venkateswara temple, has decided to auction 50 properties situated in various parts of Tamil Nadu, mainly in Kanchipuram, Vellore and Tirutani.

On Tuesday, the petitioner Amarnath through his counsel appealed to the High Court to set up a judicial committee to provide constitutional protection to safeguard temple properties. Further, the petitioner appealed to the court to notify the movable and immovable assets of TTD. The petitioner contended that auction of TTD assets will denude the temples of their properties and any act that involves loss of properties of the temples for the purposes other than those intended for the benefit or necessity of the temples will hurt the sentiments of the Hindu devotees. The petitioner has impleaded Andhra Pradesh Chief Secretary Nilam Sawhney, endowments special secretary and TTD executive officer in the case.

The petitioner argued that these assets were gifted to the TTD by devotees of Lord Balaji and the government has no right to sell them under the pretext of the properties being untenable and non-remunerative. On Saturday, the TTD trust board had set up two committees to sell what it calls ”unviable and not maintainable” properties in Tamil Nadu through public auction.

The properties which are proposed to go for auction are agriculture lands, houses, house sites and vacant lands gifted by devotees.

TTD chairman Y V Subba Reddy, who is also Jagan Mohan Reddy’s maternal uncle, initially stated that the TTD has decided to auction 50 immovable properties in AP and Tamil Nadu which are unviable, not useful and prone to encroachment so as per Rule 165 of Chapter -XXII issued in government order (GO) Ms No.311, Revenue (Endowment 1) Department, dated 09-04-1990. The TTD Board is competent to sell, exchange and mortgage are immovable properties if found beneficial to TTD.” However, on Monday Y V Subba Reddy in a U-turn said the TTD has not decided to auction the properties but was only mulling a roadmap on the modalities of which lands can be auctioned, upset price and other related issues.

“The government will do everything to protect the temple properties and will always work in the service of God. The TTD meeting was held on Saturday to discuss on how to protect these properties. Further, Subba Reddy said the practice of selling immovable and non-maintainable properties has been in vogue since 1974.”Around 129 such properties were disposed of between 1974 and 2014,” he said. It was at the board meeting held on July 28, 2015, headed by the then chairman Chadalawada Krishnamurthy that resolution No.84 was passed to form a sub-committee to study the prospects of auctioning such properties. The meeting on January 30, 2016, gave the nod to the sub-committee’s proposal to dispose of 50 such properties that ranged between one cent and five cents. tucked away from the mainland and thus difficult to monitor and maintain. “This board only continued the process. The State government has nothing to do with the TTD’s decision,” Subba Reddy said.

“We have only set up committees to draw a roadmap on which assets to be auctioned, the upset price and other issues. The assets are mostly in Vellore, Kanchipuram, Tirutani and other far -off locations in Tamil Nadu. The agricultural lands in these areas do not exceed more than one acre or two acres, while house sites are in the range of 1 cent, 2 cent, 3 cents or maximum 5 cents. It is difficult to protect these properties. There is a possibility of encroachment. In such a scenario, the TTD held a meeting to discuss a roadmap on how to protect these properties without hurting the sentiments of the devotees. We have not issued any orders for auctioning the properties.” The TTD chairman said the trust board will again meet to review the whole issue and announce its decision. 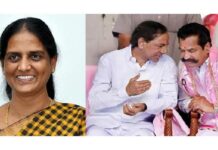