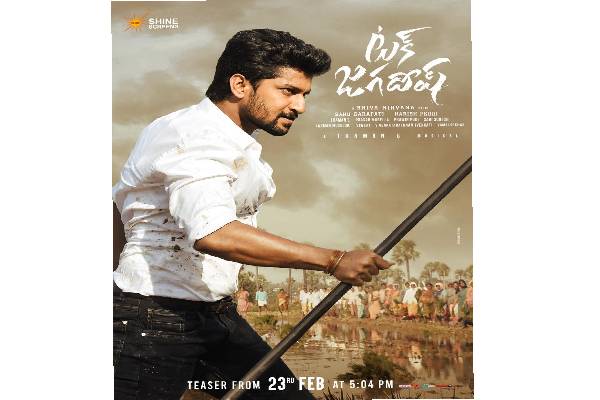 Nani presents two birthday gifts to his fans this year. While Rahul Sankrityan’s directorial venture Shyam Singha Roy’s first look poster will be dropped on February 24th, on the day of his birthday, Shiva Nirvana directed Tuck Jagadish teaser will be launched on 23rd.

Meanwhile, the makers of Tuck Jagadish revealed a motion poster of the film where Nani looks intense with a weapon in his hand. Set in rural backdrop, the motion poster shows Nani walking viciously in agriculture field, wherein there is massive gathering around him. S Thaman gives stimulating music.

Tuck Jagadish is billed to be a family entertainer laced with commercial elements. Ritu Varma and Aishwarya Rajesh are the heroines opposite Nani in Tuck Jagadish produced by Sahu Garapati and Harish Peddi.