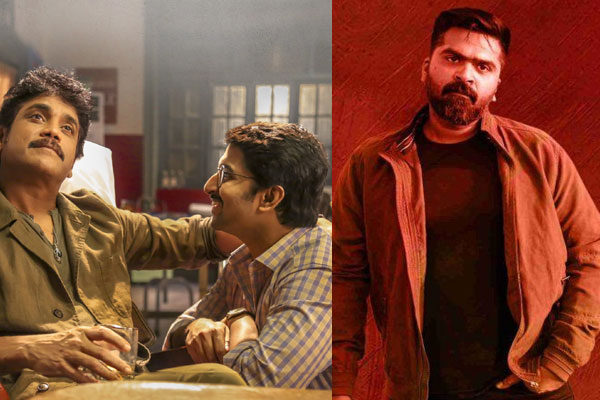 King Nagarjuna and Natural Star Nani joined hands for a multi-starrer DevaDas which is slated for release on September 27th. Sriram Aditya is the director and Aakanksha Singh, Rashmika Mandanna are the heroines. The entire shoot of the film has been wrapped up and the post-production work is currently on cards. The released singles and the teaser received thumping response from the audience. On the other hand, veteran director Mani Ratnam is all set to test his luck with his next film Chekka Chivantha Vaanam which has been titled Nawab in Telugu.

The film features Aravind Swami, Simbu, Vijay Sethupathi, Arun Vijay, Jyothika, Aditi Rao Hydari and Aishwarya Rajesh in the lead roles. The makers announced that the film would release on September 27th in Telugu and Tamil languages. The trailer received stupendous response and the expectations are high on the film. September 27th will witness an interesting clash between two most awaited multi-starrers of South Indian cinema. We have to wait to see who takes the upper lead.