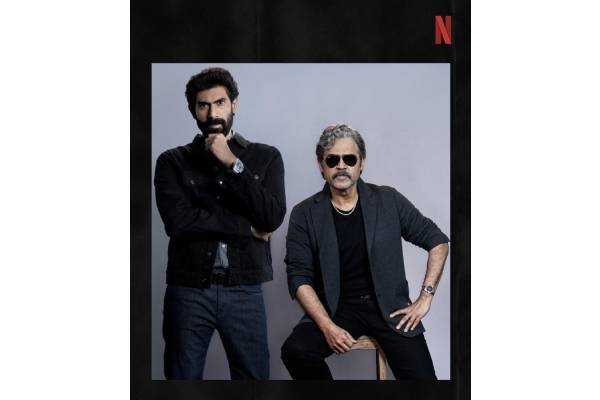 Top digital platform Netflix is all set to unite Venkatesh and Rana Daggubati for an interesting web-based project. An official announcement about the project is made today and the web series is titled Rana Naidu. Venky surprises everyone with a new look with grey shades. The web series is said to be inspired from the blockbuster show Ray Donavan and Rana Naidu is its Indian adaptation. Rana Naidu is a crime drama and the shoot commences soon. Top writers Karan Anshuman and Suparn Varma worked on the script. More details will be announced by Netflix officially.

Always wanted to share the screen with my uncle the VICTORY V @VenkyMama and my dream is finally coming true. As much as I love him off screen, in “Rana Naidu” we are going to be at each other's throats. #RanaNaidu, coming soon on Netflix. pic.twitter.com/oCzjwOcIuF