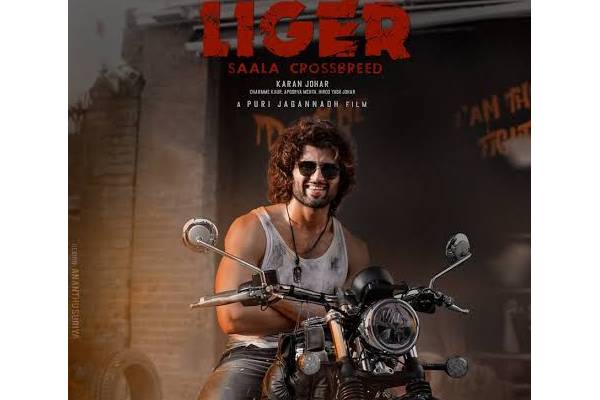 Vijay Deverakonda’s next film Liger is a pan-Indian attempt directed by Puri Jagannadh. The entire shoot of the film has been wrapped up long ago except for a song and the post-production formalities are in the final stages. Puri is busy planning the promotional activities of Liger and he is also shooting for his next film Janaganamana. The shoot of the last song of Liger started today in Mumbai in a special set. Vijay Deverakonda and Ananya Pandey are shooting for the song. Shazia Samji is choreographing the song.

A massive promotional plan is chalked out and Vijay Deverakonda along with the team will promote Liger across the country. The film’s non-theatrical and theatrical deals fetched good prices. Puri Jagannadh and Karan Johar are the producers of Liger, a sportsdrama. Vijay Deverakonda plays a boxer and Liger also has an intense love story.