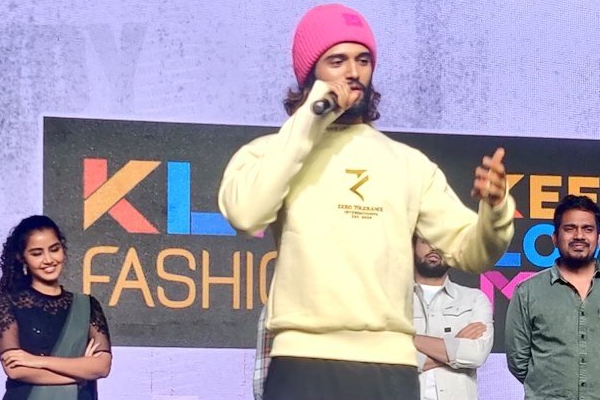 Tollywood sensation Vijay Devarakonda attended the song launch of Rowdy Boys that marks the debut of Dil Raju’s nephew Ashish as the lead actor. Vijay during his speech revealed that he will soon work with Dil Raju with a mind-blowing content and the work is happening currently. The project will be announced soon. A couple of directors are in touch with Vijay Devarakonda and the project will be finalized soon. Vijay Devarakonda is shooting for Liger in the direction of Puri Jagannadh and the film will head for a pan-Indian release next year.

Rowdy Boys is a youthful entertainer that is directed by Harsha and Ashish, Anupama Parameshwaran are the lead actors. Preme Aakasamaithe lyrical is released by Vijay Devarakonda last night. The film is announced for November 19th release.