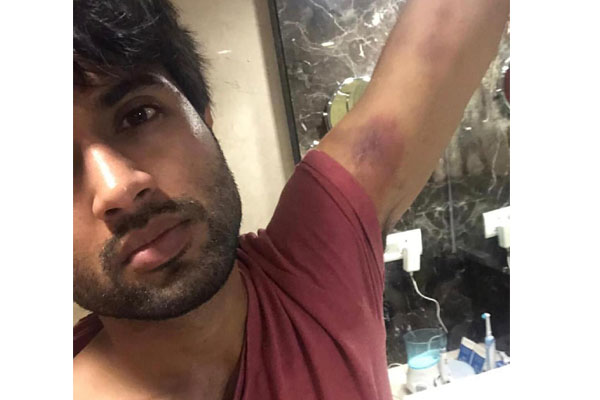 A video has been making rounds across internet in which Vijay almost fell down leaning on the foot board. A picture has been posted across Vijay Devarakonda’s fan pages showing his injury. Soon the actor’s twitter has been filled with comments and several fans posted him to be careful and not to do risky stunts. Bankrolled by Mythri Movie Makers, Dear Comrade is hitting the screens during summer 2019.