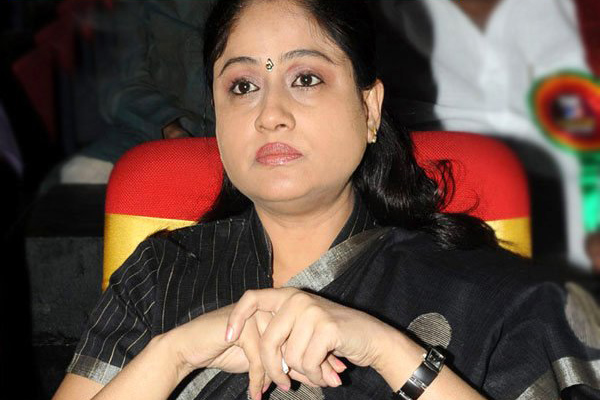 Actress-turned politician and former MP Vijayashanti, who earned the sobriquet Lady Amitabh Bachchan, is all set to join the BJP sometime after Diwali.
According to sources, Vijayashanti met BJP national president J P Nadda. Sources said Vijayashanti has expressed her willingness to join the saffron party.

Viyashanti began her political innings with the BJP in 1998, and later floated “Talli Telangana”. Subsequently, she merged Talli Telangana with the TRS. She was elected to Lok Sabha but was suspended from the TRS.

Following differences with the party leadership, the former Medak MP joined Congress in February 2014 and unsuccessfully contested from Medak assembly constituency on a Congress ticket. Like Khusbhoo, Vijayshanti has been miffed with the Congress leadership and kept away from the party activities. Vijayashanti has remained aloof from the Congress for some time now.

However, Kusum Kumar attributed her absence to the prevailing Covid-19 pandemic. He said there are no differences among the Telangana Congress leaders.

Telangana PCC working president Jetti Kusum Kumar had recently met Vijayashanti to prevail upon her not to leave the party. Minister of state for home Kishan Reddy and BJP state president Bandi Sanjay Kumar had several meetings with Vijayashanti where they impressed upon her to join the national party.