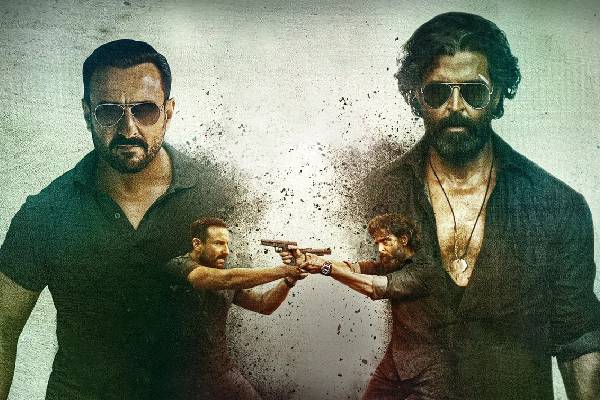 Vikram Vedha is a cult classic of Tamil cinema which also emerged as a massive money spinner. Critically acclaimed actor Vijay Sethupathi turned a star after the film’s release. Vikram Vedha is remade in Hindi with the same name and Hrithik Roshan, Saif Ali Khan played the lead roles. The film released on Friday with low occupancies. The critics and the reviewers along with the media personnel lauded the film but this did not help the film. Vikram Vedha released in more than 5000 screens and it grossed just Rs 10 crores which is very low.

The film had a minimum growth on Saturday which is quite less considering the financials and the span of release. Bollywood circles are left in shock with the box-office numbers of Vikram Vedha. Though the audience are much interested to watch mass entertainers, they showed no interest towards Vikram Vedha despite of a positive buzz and the word of mouth. It is quite difficult to predict the taste of the Bollywood audience commented a critic. They are keen to watch South films and movies that are made with nativity. For now, the Bollywood film industry continues to struggle.