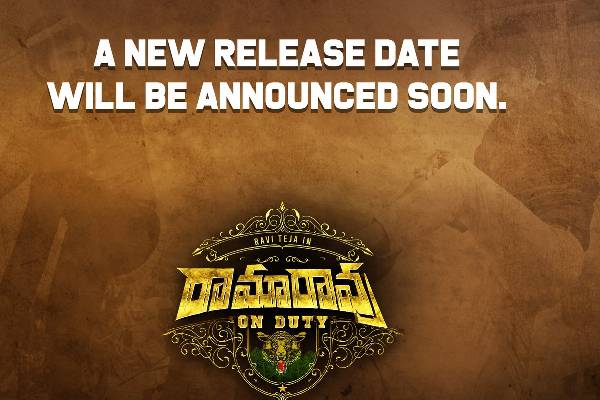 Virata Parvam released last Friday but the audience did not turn up to watch the film. After a dull weekend, the film fell flat on weekdays and collected nothing on its first Monday. The distributors paid Rs 12 crores for the makers on recovery basis and they are now mounting pressure on the makers to return back their investment. The makers are all set to announce the release date of their next project Ramarao On Duty which has Ravi Teja in the lead role.

Ramarao On Duty will now hit the screens on July 29th and the announcement would be made this evening. Sarath Mandava is making his directorial debut with this mass entertainer and Ravi Teja plays the role of an honest government officer. Divyansha Kaushik and Rajisha Vijayan are the heroines. SLV Cinemas are producing Ramarao On Duty and there are a lot of rumors around the film. The makers are quite confident about making their comeback with Ramarao On Duty.