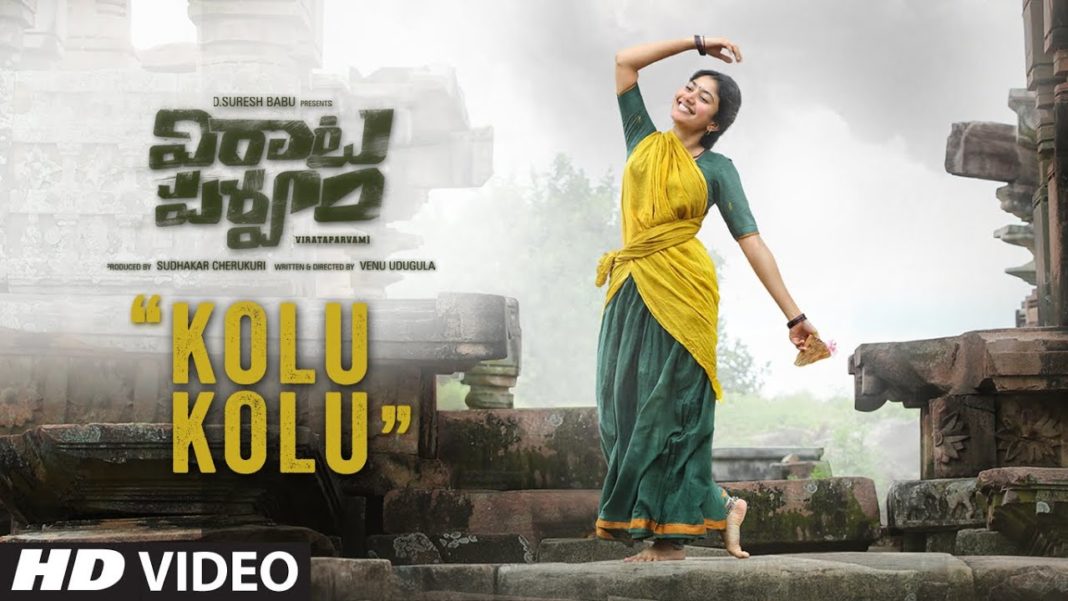 Musical promotions of Rana and Sai Pallavi starrer Virata Parvam begin today as first song of the film Kolu Kolu is released. Venkatesh has revealed the song scored by Suresh Bobbili. The song starts with male voice and rural atmosphere is wonderfully explored.

Suresh Bobbili scores a soothing melody and he proves what he is capable of with this song. Divya Maalika sings the number enchantingly, while Chandrabose’ lyrics are expressive. However, Sai Pallavi does the magic with her simple yet charismatic dance moves.

Venu Udugula has directed the film while Sudhakar Cherukuri and Suresh Babu are jointly producing it. The film is scheduled to be released theatrically on 30th April.