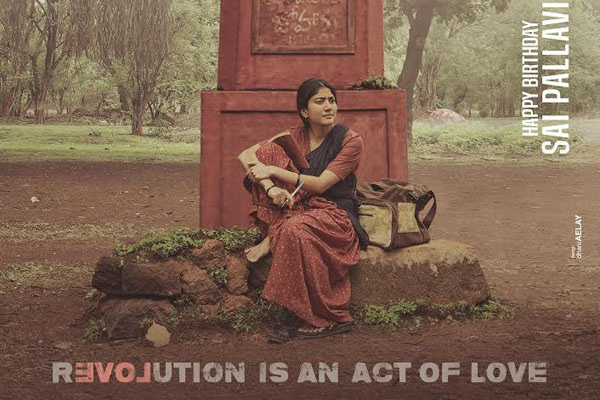 Rana Daggubati’s first look in Virataparvam was very impressive and it garnered some interest on the project where Sai Pallavi will be seen as lead actress. Directed by Venu Udugula, the film billed to be a romantic action entertainer is nearing completion. Except for few days of shooting schedule, entire production works have already been wrapped up.

On the occasion of Sai Pallavi’s birthday, her first look poster from Virataparvam is revealed. Here in the first look poster, Sai Pallavi sitting at martyrs memorial in the dense forest is seen anxious with mind full of thoughts. She plays an ordinary girl with extreme willpower in the film.

Suresh Babu in association with Sudhakar Cherukuri is bankrolling the film under Suresh Productions and Sri Lakshmi Venkateswara Cinemas banners. 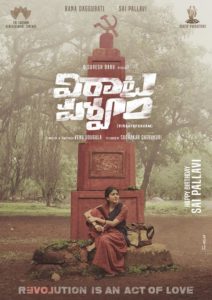