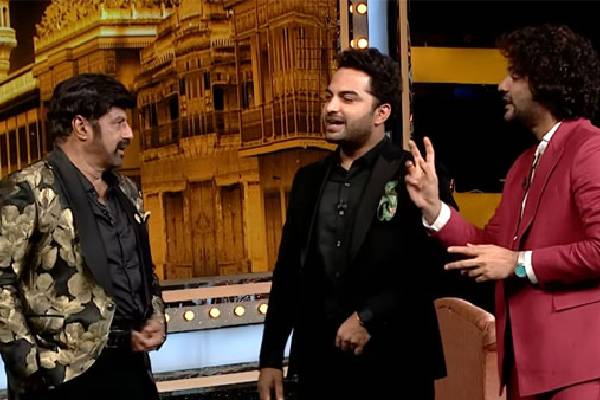 Vishwak Sen is one of the promising actors of Telugu cinema. With an interesting line up of projects, the youngster is working without breaks. Vishwak Sen and Siddhu Jonnalagadda are the guests for the second episode of Unstoppable. Vishwak Sen revealed about an emotional moment that happened in his life recently. The actor is shooting for his next film Dhumki. Apart from playing the lead role, Vishwak Sen is directing and producing the project. The film was badly hit after the Telugu film producers called for a strike for a month. Apart from this, there were several unexpected delays that mounted up the film’s budget.

At the same time, Vishwak Sen’s sister fell ill and she was admitted to ICU. The actor spent sleepless nights during this time. He had to spend time in the hospitals during the nights and he used to attend the shoot of Dhumki told Vishwak Sen. “The budget is already heaped up and I was left with no option except to attend the shoots. My parents took care of my sister and I used to spend time in the nights in the hospital. I slept for three hours and had to rush to the sets. Once the shot was locked, I used to cry out. Those were the toughest days in my life” told Vishwak Sen. The film releases soon.