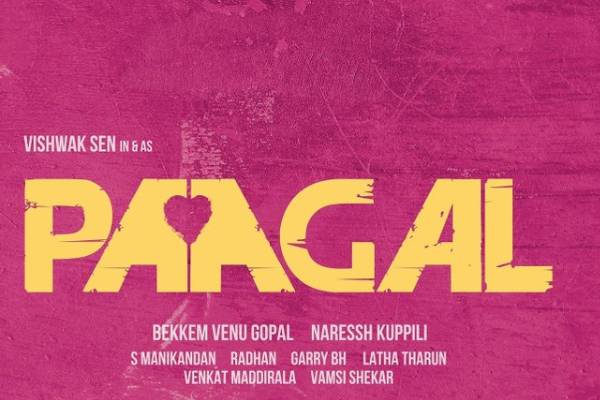 Vishwak Sen is the new sensation of Telugu cinema. His recent movies Falaknuma Das and HIT ended up as money-spinners. The new project of Vishwak Sen got announced, launched today and the film is titled Paagal. Naressh Kuppili is making his debut as a director and Bekkem Venugopal is the producer. Radhan is the music composer and more details about the female lead and other cast would be announced soon. The regular shoot of Paagal would commence shortly.