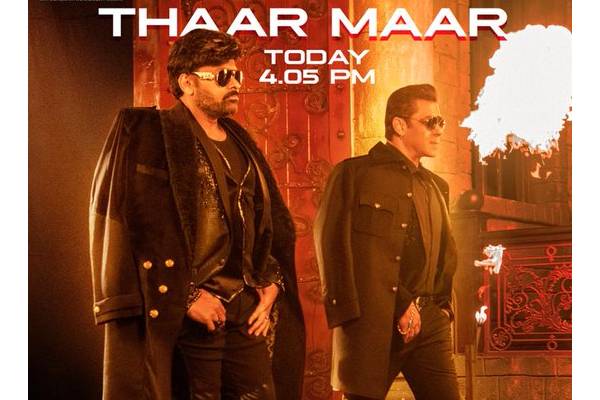 Megastar Chiranjeevi’s next film God Father is hitting the screens on October 5th. With just less than two weeks left for the release, the makers are yet to kick-start the promotions on a full-fledged note. The first single ‘Thaar Maar Thakkar Maar’ that was planned for the launch was delayed by days. Mega fans are left in waiting mode and the big announcement is finally made. The lyrical song of Thaar Maar Thakkar Maar will be released this evening. The promotional activities of God Father will start with the song. The other singles too will be released before this weekend.