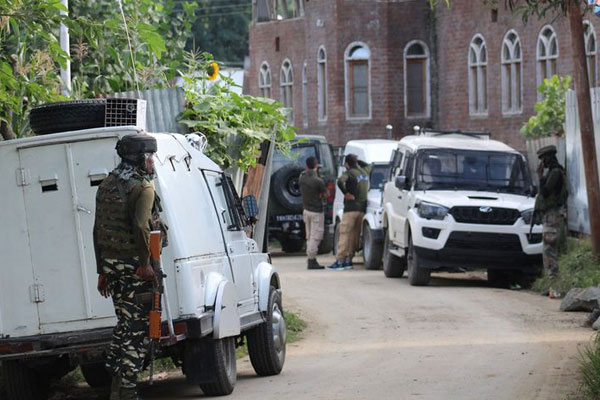 What next after nearly every Kashmiri household has stocked for the D-day they believe is imminent? Trifurcation, abrogation of 35A, delimitation, flag hoisting at every Panchayat in the valley on August 15 or a full blown, straightaway war between India and Pakistan? No marks for guessing that nobody, not even probably Governor Satya Pal Malik has a straight-faced answer to all this.

Governor Malik, probably for the first time, decided to do a bit of plain speaking when he said on Saturday: “All is well today, I cannot predict tomorrow”.

That exactly is what every other top civil, police, paramilitary and army officer will tell you even if they choose to speak on this issue.

The result has been that the killing of seven terrorists of a Pakistani border action team (BAT) by the army in Keran sector off the Line of Control (LoC) two days back is blown out of proportion by desperate rumour mongers who want to turn Kashmir upside down.

The rumour-mongers want Kashmiris to believe that two diplomatically belligerent, nuclear-powered South Asian neighbours, would go to war and that would be a Sunday afternoon tea party.

“Around 40,000 Islamic fighters led by Hafeez Sayeed or Azhar Masood have been seen near the LoC in Gurez, which is close to Gilgit-Baltistan. They are waiting to sneak in”. This might look like the fib of an uninformed rumour monger, but when this comes from someone who claims to have access to inside information, it is natural for Kashmiris to tremble with fear, but just momentarily.

Everyone swept off his/her feet by such a rumour would not miss to question as to how the so-called leaders in the 40,000 such fighters can afford to come on horseback to surprise an army that has just celebrated the 20th anniversary of the Kargil victory.

Nobody would miss to notice that Gurez, Gulgit and Baltistan are so far away from each other that any sabre-rattling fighter coming on horseback would drop dead of sheer fatigue and back ache.

And, to scotch the rumour finally, the fact that this is not the medieval world, when fighters on horseback would startle and shock each other.

So, the flutter about India and Pakistan going to war is ruled out, at least for the common Kashmiri who is neither dumb nor gullible to believe such a wild rumour.

“The built-up of such a magnitude in the hinterland completely dispels the notion that something serious is happening at the borders.

“The two countries have been clashing with each other on the LoC ever since they signed the bilateral ceasefire agreement in October 2013, which held wonderfully for just three years after which it has been observed only in its breach,” said a local journalist.

Others, mostly elderly Kashmiris argue that they are too old not to see that something big is in the offing that would alter the constitutional relationship of the state with India.

“I am no strategic expert or analyst. I do not need to be one to tell you that in all likelihood Article 35A looks like going. There is no other explanation for such a built-up.

“During the India-Pakistan wars of 1965 and 1971 and also during the Kargil conflict of 1999, non-locals and and those belonging to the Jammu region were not asked to leave the Valley.

“Yatris and tourists were not asked to leave the Valley even during the worst turmoils and strife.

“They are going to change the constitutional relationship of the state with the rest of the country and that appears to be cut and dry.

“If all this is done for any photo-op focused around flag hoisting in remote villages of the Kashmir Valley on August 15, then those planning this at such a high pitch and magnitude must be living at the end of their fried nerves,” said Bashir War, a retired veterinarian who served in Kargil district in 1999.

Reports suggest curfew passes have already been issued to staff maintaining essential services in the Valley. Deployments are already in place where they were intended to be except at some places in the Muslim-dominated areas of the Chenab Valley, including districts of Doda, Kishtwar and Ramban.

Would there be a rollback of the intended plan at this stage? Even those who do not know what actually is going to happen, say, “Highly unlikely”. 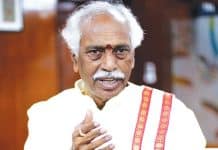