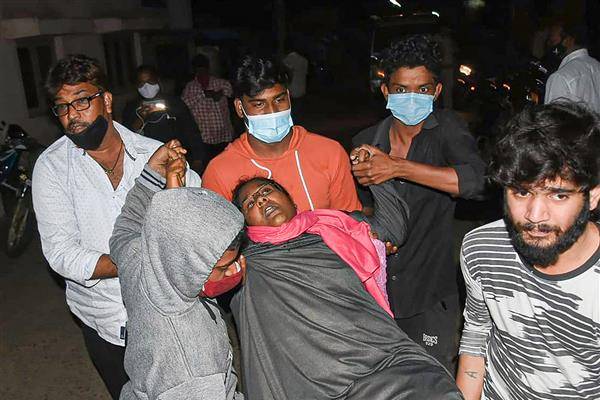 The preliminary tests held by the experts of All India Institute of Medical Sciences (AIIMS) revealed presence of lead and nickel metals in excessive quantities in Eluru patients. Excess lead is expected to have caused toxic neuro symptoms among the patients. This is enough to conclude that water and milk contamination would have caused the mystery illness which has claimed one life and made over 400 residents ill.

The AIIMS team has reportedly asked the State Government to send official samples of water and milk from Eluru so that they would like to conduct further tests. The AIMMS reports have come into conflict with the stand of the Eluru district officials and the State Government which maintained that there was no water or air pollution.

It may be recalled that the YCP leaders tried to dismiss the disease as a mass hysteria. Now, with the Eluru illness catching national attention, the experts teams from the World Health Organisation (WHO) have also turned their focus. They are going to study the whole reasons including the possibility of lack of proper sanitation.