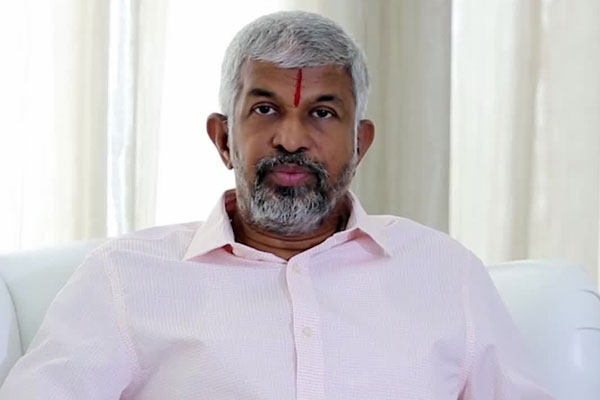 The IT officials raiding Jupalli Rameswara rao’s Nandinagar residence and High-tech City offices yesterday created sort of tremors in political circles. It is known news that Jupalli Rameswara rao also known as ‘My Home’ Rameswara rao is a close confidante of Telangana CM KCR. Moreover, this raid happened just ahead of the BJP bigwig Amit Shah’s Hyderabad visit. Given these 2 facts, one would expect this news to be aired, debated and highlighted by the media strongly. But to the astonishment of the viewers, most of the media houses either downplayed the news or avoided it completely.

Even though the IT sleuths started raids in early morning, news didn’t break till the afternoon. That too only a few channels like ABN and V6 started scrolling this big news. Immediately after that social media went agog and in fact social media brought out more details of the incident rather than the mainstream media. It is not very difficult to understand why these media houses downplayed this news. Everyone knows that Rameswara rao, along with some other partners, bought TV9 last year. Subsequent to that, a silent war started between these new owners and Ravi Prakash, former CEO of the channel. If the grapevine is to be believed, Ravi Prakash himself gave some key information to IT officials that prompted them to raid Rameswara Rao’s house and office. So, it is but natural to expect TV9 to downplay this news. But Rameswara Rao also has stakes in 10TV and so obviously that channel also follows the same route. In Telugu states where media-politics nexus is so strong, the response of most of the channels was on predictable lines, though it surprised the viewer who expected the media to be impartial and unbiased while presenting the news. Sakshi channel, owned by Jagan, also following the same route given the friendship between Jagan and KCR.

The news broke in ABN and V6. But this also can be attributed to the political reasons as these channels are in the opposite group, or at least not in the same group that supports Rameswara Rao. Of course, some other channels that are not yet in top league promptly scrolled the news. Had the same happened with any other industrialist or film celebrity or sportsperson, probably all the media channels would have presented us the news with lot of enthusiasm and vigour.

It is in fact sad to see the double standards of the media while presenting the news that has even slightest political flavour.