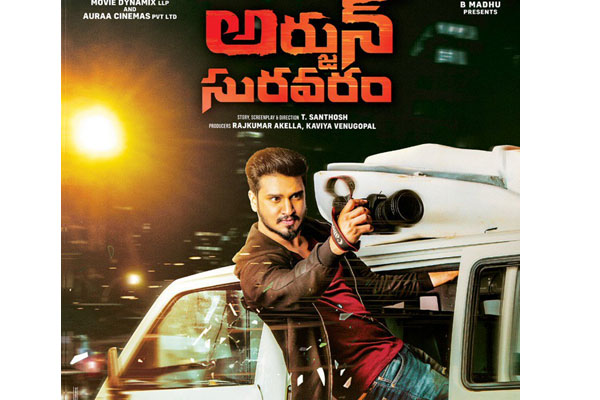 Nikhil and Lavanya Tripathi starrer action thriller Arjun Suravaram is finally releasing on November 29th. The film’s release as is known got postponed on numerous occasions due to various issues.

However, just ahead of the film’s release, the makers got a huge fillip when Mega Star Chiranjeevi attended the pre release event and this generated craze for the project.

Since trailer and video song Kanne Kanne shot in picturesque location too were well received, the makers are in ecstasy and are promoting the film with double energy.

Nikhil’s daredevil stunts, his sparkling chemistry with Lavanya Tripathi and unexpected twists and turns are said to be major USP of the film which is now capitalizing on mega factor since the pre-release event.

Will this mega factor work wonders for Arjun Suravaram? We need to wait for two more days to get clarity on this?