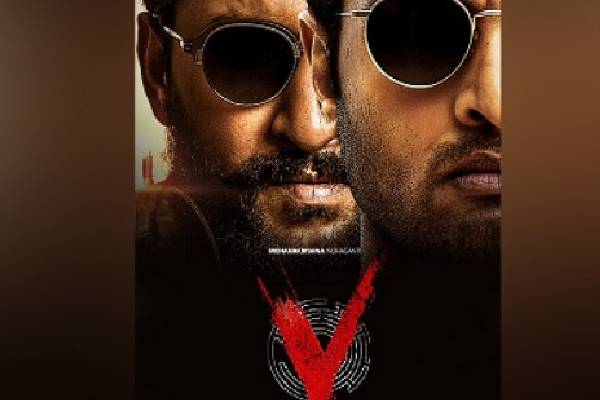 After the theatres are shut across the country because of the ongoing coronavirus pandemic, several films that completed shoots are waiting for a release. Most of them took a digital path and released their films across digital platforms like Amazon and Netflix. Unfortunately, none of the films that released on digital platforms received good and exceptional response. The first renowned film from Telugu cinema taking the digital path is Nani and Sudheer Babu starrer V. The film will be streaming on Amazon Prime from 9:30 PM (Indian Time) today.

V is said to be an action thriller and what kept the premises interesting is Nani playing the role of the lead antagonist. He plays a serial killer in V which is carrying decent expectations. The digital audience are not new for action thrillers and we have to wait to see how well will V impress the audience through its digital release. Will Nani break the jinx with V? We have to wait for some more hours to know the result of the film.