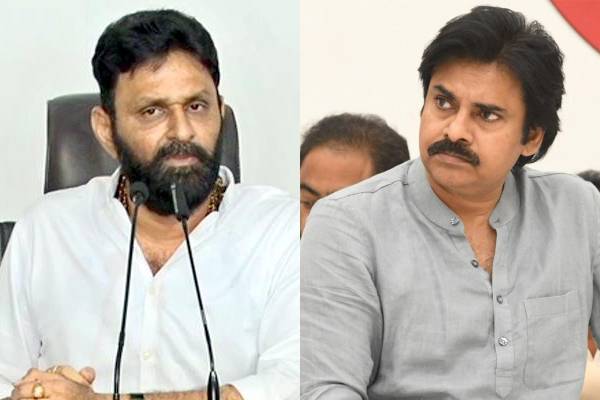 He asked both Chandrababu Naidu and Pawan Kalyan to form a grand alliance of all opposition parties first. He also sought to advise the Jana Sena chief to win as MLA from any constituency in the state before thinking of defeating the YSR Congress.

The former minister also asked the TDP chief to get his son Lokesh and foster son Pawan Kalyan elected to the Assembly from anywhere in the 175 Assembly constituencies in the state. He said both the son and the foster son have lost the 2019 elections, while Naidu himself saw a tough fight at his Kuppam constituency.

He also advised both Chandrababu Naidu and Pawan Kalyan to get the other opposition parties to win at least one assembly seat each, besides winning Lokesh and Pawan before speaking about defeating the YSR Congress and Jagan Mohan Reddy.

The YSR Congress leaders said that chief minister Jagan Mohan Reddy is not looking for any electoral alliance to retain the power. He claimed that the YSR Congress would win even more seats than the 2019 elections.

He ridiculed the TDP and the Jana Sena leaders for forging alliance two years ahead of the elections. He said that statements of Chandrababu Naidu and Pawan Kalyan show their weakness in the electoral battle.