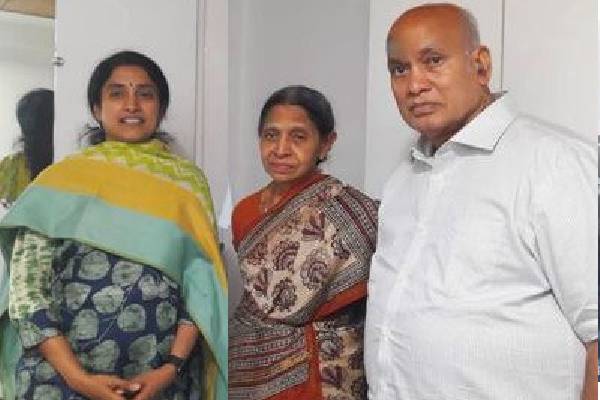 Chief Minister Y S Jagan Mohan Reddy has set off to Hyderabad after attending the ‘Brahmotsavam’ in Tirumala where he offered ‘Pattu Vastram’ (silk robes) to the presiding deity Lord Venkateswara Swamy on the behalf of the state government.
On Thursday, he laid the foundation stone along with Karnataka Chief Minister B S Yediyurappa for a crore pilgrims complex and a marriage hall at Tirumala which is estimated to cost of Rs 200 crore.

After attending the events in Tirumala, Jagan has reached Renigunta Airport to reach Begumpet Airport in Hyderabad. He will directly go to Continental Hospitals in Hyderabad to visit his father-in-law Dr E C Gangi Reddy, a renowned pediatrician, and father of Y S Bharati, who is admitted in the hospital. It is learnt that Dr Gangi Reddy has not been keeping well for some days. After spending some time in Continental Hospitals with his father-in-law, Jagan is expected to reach Gannavaram airport at around 1. 20 pm on Thursday. It is too well known that Gangi Reddy’s wife Sugana Reddy and former chief minister Y S Rajasekhara Reddy were classmates. The friendship between Sugana Reddy and YSR led to the marriage between Jagan Mohan Reddy and Bharathi.