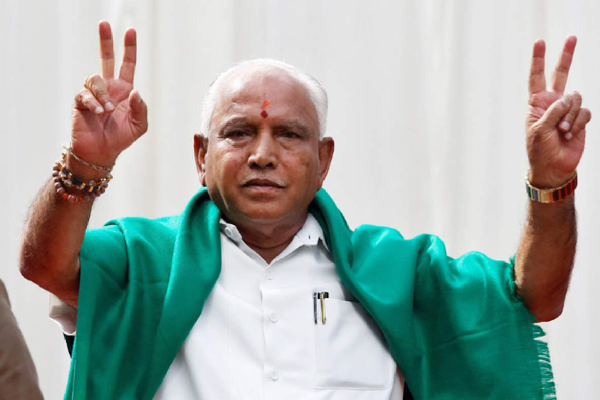 Yediyurappa may step down from CM post next week as per the high command decision. He himself gave enough hints regarding the same in last couple of days. Details as follows.

Yediyurappa prominence in the party and reason for replacement:

Yediyurappa has finished 2 years as CM in the latest term. He is around 78 year old and the high command wants to replace him with a younger leader. He hails from Lingayat community that has been strong supporter of BJP. In fact, the main reason for the rise of BJP in Karnataka is the support from this community. Prior to that, congress and Janatadal used to be main players in Karnataka while bjp was a small party. Yediyurappa steered Karnataka BJP into power.

However, now Yediyurappa government is facing anti incumbency from the people of Karnataka. Moreover, BJP high command wants to do a generational shift in the leadership of the party.

The news about high command replacing him came more than a week ago. He tried to pressurise the high command indirectly as he sought support from seers and Lingayat community leaders, who warned high command that replacing Yediyurappa will have negative consequences for Karnataka BJP. However high command warned Yediyurappa not to indulge in any such tactics.

With the stern warning from high command, Yediyurappa tried to avoid conflict and appealed to his supporters. He tweeted, “I am privileged to be a loyal worker of BJP. It is my utmost honour to serve the party with the highest standards of ethics and behaviour. I urge everyone to act in accordance with party ethics and not indulge in protests or indiscipline that is disrespectful and embarrassing for the party. Your goodwill should not exceed the boundaries of discipline. Party is like a mother to me and disrespecting it will cause pain to me. I believe that my true well-wishers will understand and respond to my feelings.”

Yediyurappa is very strong leader. When BJP denied CM post earlier, he left the party, started his own party and got around 7% votes. Later high command brought him into bjp again. Now everyone is curious to see what will be his next step if bjp high command asks him to leave the top post.

Anyway, with above tweet from Yediyurappa, it is more or less clear that he will be replaced very soon. We need to wait and see who would be the next CM of Karnataka.