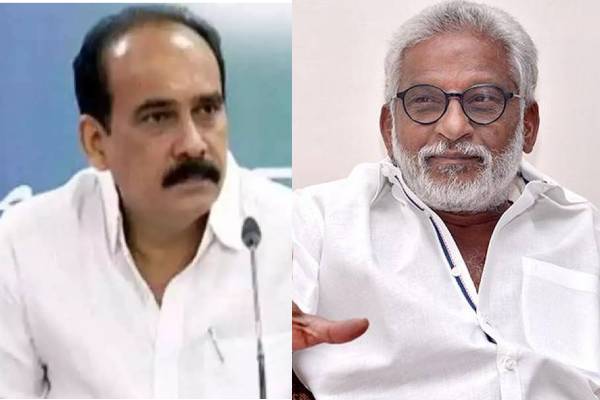 An all out war is on between two brothers-in-law in the YSRCP. Both are powerful and both hold important positions in the party. But, both are at loggerheads and are trying to undercut one another. The dramatis personae are – TTD chairperson YV Subba Reddy and his brother-in-law and minister Balineni Srinivas Reddy.

Balineni is brother of YS Jagan’s mother Vijayalakshmi and YV is the husband of Vijayalakshmi’s sister. Thus they are closely related. But both are now involved in a turf battle for supremacy in Prakasam district politics. It is now an open secret that YV Subba Reddy, who wants to become a minister in the State government, is trying to attack Balineni by using the latter’s rival.

He is now said to be getting close to YSRCP activist Subba rao Gupta, who was recently attacked by Balineni’s associate for criticizing the government. YV went to Gupta and extended his support. Sources say that it is with YV’s support that Gupta is holding press conferences these days and is attacking Balineni.

In the whole process, Gupta has now become a hero. He is now planning to hold a meeting of the Arya Vysyas in Vijayawada. He is now getting more vocal and is targeting Balineni. He has in fact said that leaders like Kodali Nani must obtain training from Balineni. Sources say that Subba Rao Gupta has become so brazen and belligerent only because of the support he is getting from YV.