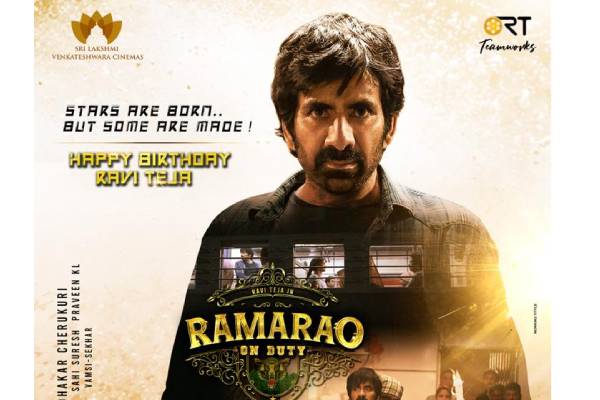 The makers of Mass Maharaja Ravi Teja starrer Ramarao On Duty treated his fans with a brand-new poster, on the occasion of the actor’s birthday. It’s not a regular poster, as it has different images displaying vital episodes in the movie.

Divyasha Kaushik is shown as his wife, while train is highlighted in the action poster that looks kickass. Ravi Teja looks ferocious here. The makers have once again confirmed to release Ramarao On Duty on March 25th, 2022.

Sarath Mandava is debuting as director with the movie that also stars Rajisha Vijayan as the second fiddle, while yesteryear actor Venu Thottempudi is playing an important role. Sudhakar Cherukuri is producing the film that has music by Sam CS. 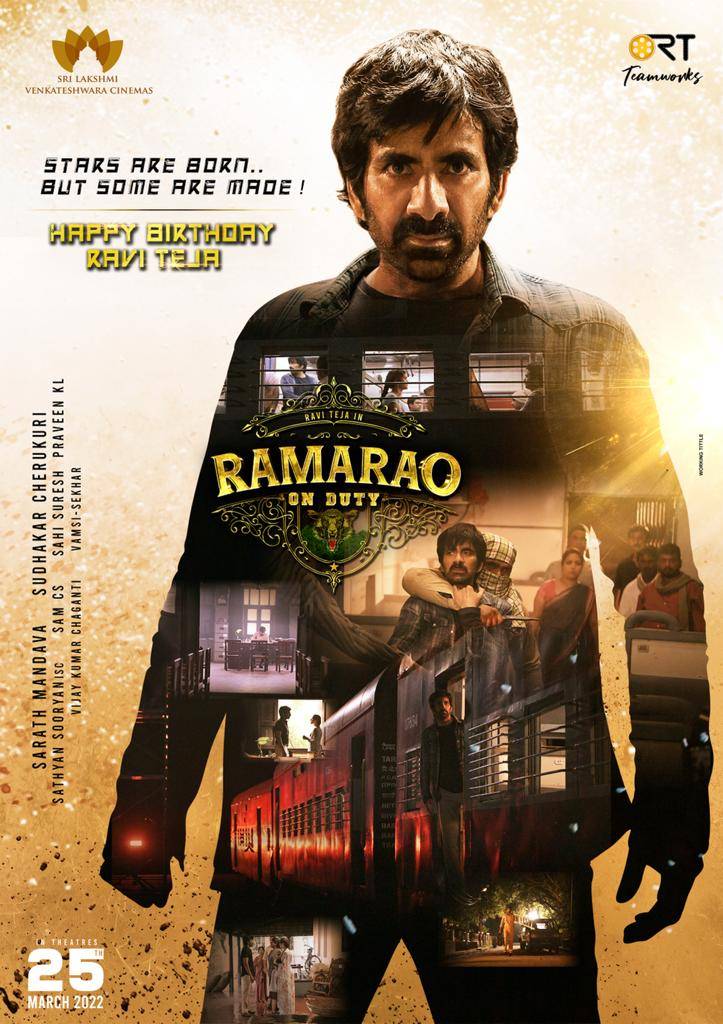