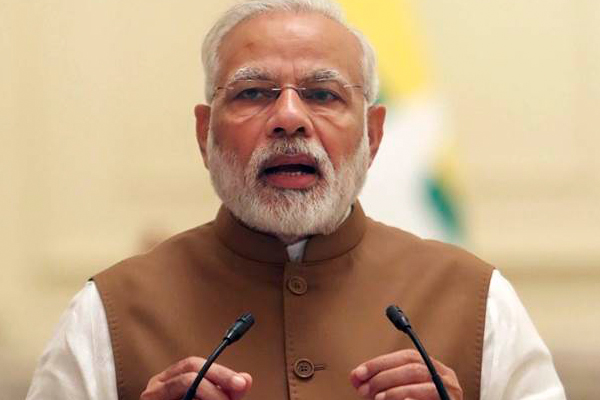 A nett 65.69 per cent Indian are satisfied with Prime Minister Narendra Modi, says IANS-C Voter State of the Nation 2020 Survey. At a time when the pandemic has plunged approval ratings of many world leaders, 58.36 per cent Indians across all states and union territories maintain they are “very satisfied” with the performance of Modi.

A 24.01 per cent Indians, across states, say they are “somewhat satisfied”, while 16.71 per cent are not satisfied with him at all.

Among the states, PM’s approval ratings tops in a non BJP ruled state Odisha. With 95.6 per cent Odias saying they are satisfied with him, 84.87 per cent “very satisfied” and just a 2.2 per cent of them disapprove of Modi.

Jharkahnd, where the BJP was recently outmaneuvered in the election, also has pretty significant approval ratings for the Prime Minister. 64.26 per cent of them say they are “very satisfied” with PM Modi, while the nett approval rating from the state is a whopping 82.97 per cent.

While it’s hardly a surprise that states like BJP ruled Karnataka and Modi’s own state Gujarat gives thumbs up to him, he has a soaring popularity even in Maharashtra which is being ruled by the Congress-NCP-Shiv Sena combine. 71.48 per cent of the respondents from the state say they are satisfied with the performance of the Indian Prime Minister, according to the survey. Even in the Northeast 69.45 per cent gives him a thumbs up.

However, what should worry the BJP, given the Bihar election is later this year, Modi’s nett approval rating is 58.48 per cent in this Hindi heartland state, which is low in comparison to other states.

In West Bengal, where election is due next year, Modi’s nett approval rating is 64.06 per cent, which may be some reason for concern for the ruling TMC and Mamata Banerjee. Contrary to public beliefs, even in J&K, 50.84 per cent say they are very satisfied with him.

Three BJP-ruled states – Uttarakhand, Goa and Haryana are at the bottom of the approval chart. They have given a nett approval of the PM as 53.53, 52.54 and 51.25 per cent respectively.

However, it’s Kerala and Tamil Nadu which are in the red zone when it comes to his approval ratings. The Communist ruled Kerala has given a mere 32.89 per cent while the AIADMK ruled Tamil Nadu gave 32.15 per cent nett approval for Modi’s performance.

May 2009 onwards, the IANS-CVoter Tracker has been carried out each and every week, 52 waves in a calendar year, in 11 national languages, across all States in UTs in India, with a target sample size of 3,000 samples each wave. The average response rate is 55%. This survey is based on CATI interviews of adult (18+) respondents across all segments.

“For the analytics we are using our proprietary algorithm to calculate the Provincial and Regional Vote share based on the Split-Voter phenomenon,” said C Voter.