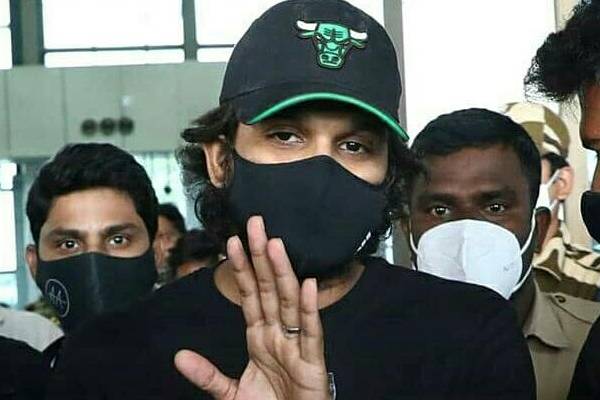 After almost ten months, Allu Arjun is back to work. After the blockbuster run of Ala Vaikunthapurramuloo, Allu Arjun wanted to start the shoot of his upcoming movie Pushpa from March. With the arrival of coronavirus pandemic, the shoot is pushed. The regular shoot of the film started today in the forests of East Godavari district. The entire film unit is in a quarantine bubble and the shoot will continue for a month. Allu Arjun and Rashmika will shoot for some crucial episodes and the other lead actors of the film too will participate in this schedule.

The film’s director Sukumar is in plans to complete the major portions of the shoot in this long schedule. Allu Arjun’s look to his body language and his dialogue diction are taken enough care of. Both Allu Arjun and Rashmika Mandanna will be seen speaking in Chittoor dialect for Pushpa. Devi Sri Prasad completed recording all the tunes for Pushpa. Mythri Movie Makers are the producers and Pushpa releases sometime during the second half of next year.