Actor Allu Sirish on Thursday released a high-on-romance pre-look of his upcoming film on Instagram. He said the name and look of this film would be announced on his birthday, May 30.

The pre-look features a passionate romantic scene featuring a couple, with their faces hazed out and the focus on their entwined hands.

The poster has #Sirish6 scribbled on it, referring to the fact that this will be the actor’s sixth film in the Telugu film industry.

“The title & first look of my next film will be announced on Sunday 11am, Sunday (30 May), which also happens to be my birthday. I am excited!” he wrote as caption with the poster.

According to sources, a second pre-look is also expected to release before the final title announcement.

The film stars Anu Emmanuel opposite Allu Sirish and is directed by Rakesh Sasi of and is being presented by Sirish’s father, producer Allu Aravind.

Sirish was last on the big screen in the Telugu film “ABCD: American Born Confused Desi” in 2019.

More recently, he forayed the Hindi industry featuring in the music video of the song “Vilayati sharaab”. 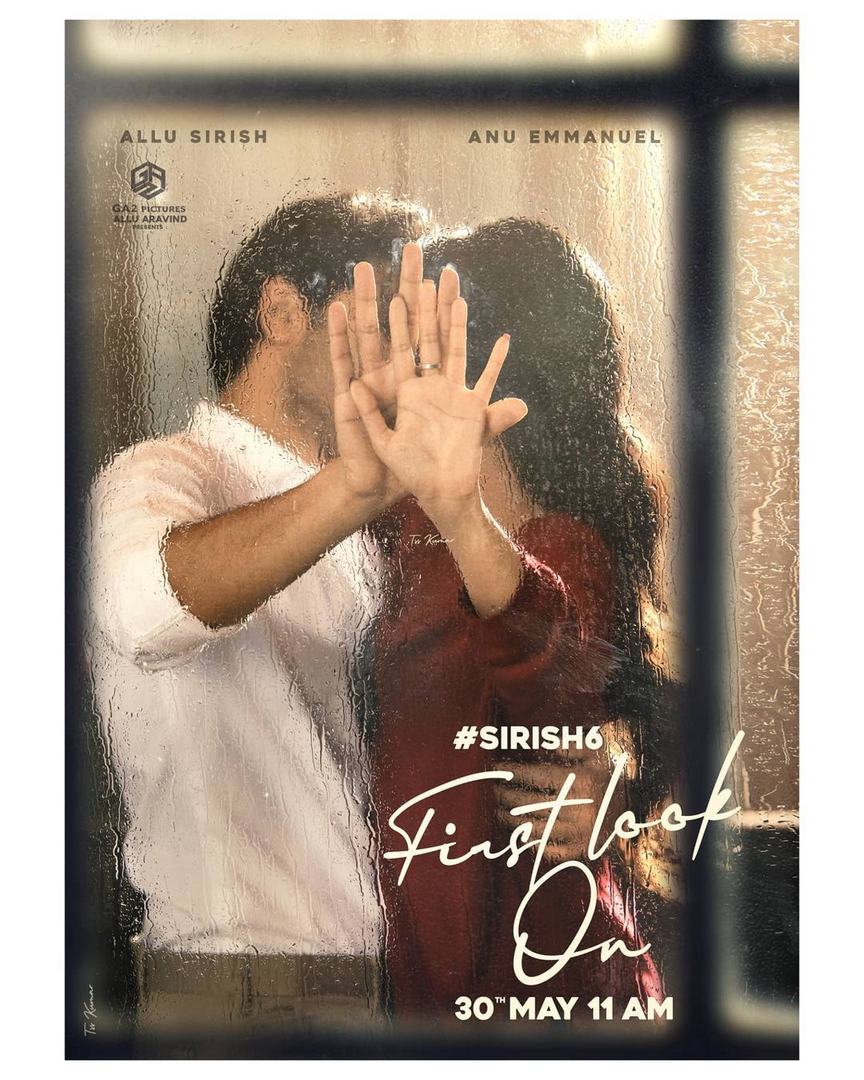