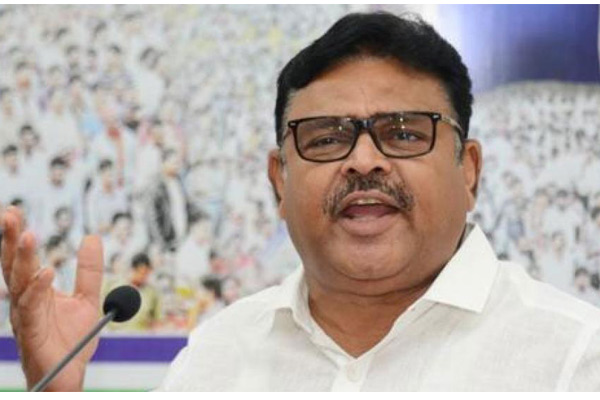 Chandrababu Naidu’s current tour in Kuppam triggered much political heat. In a very shrewd way, Naidu is doing road shows and addressing a series of meetings there for the last two days. He has turned the crisis posed by the YCP in the panchayat election into an opportunity to go to the people in his constituency now. Despite threats from the YCP leaders, Naidu was attacking CM Jagan Reddy by calling him a coward and the like.

Amid rising heat, YCP MLA Ambati Rambabu launched a counter-attack and used the Jr NTR name to corner the TDP chief. This time, Ambati has straightaway said that Chandrababu Naidu has adopted use and throw policy towards Jr NTR. He was saying that it was the TDP leaders alone who were asking for the coming of Jr NTR for the campaigning.
Ambati further said that what was defeated in Kuppam was not democracy but Chandrababu Naidu. It was only after the people gave a shock to him, Naidu was now touring every street there.

The YCP MLA also mocked that Naidu’s situation has come to such a level that he had to use the photos of Balakrishna and Jr NTR now. He further asked how Naidu and Lokesh could announce manifesto for civic polls when they did not implement their manifesto when in power.