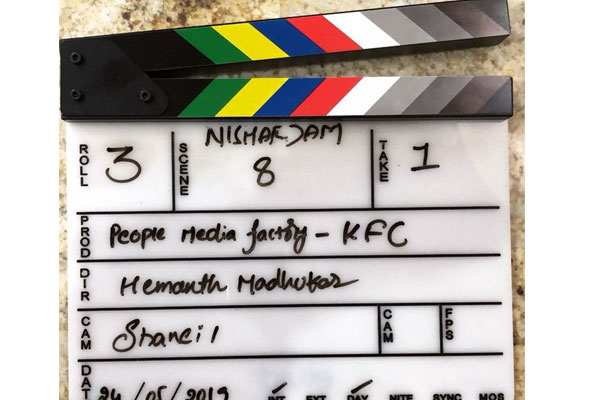 Talented actress Anushka is returning back to Tollywood after a year and half with an innovative film Silence. Titled Nishabdam in Telugu, this film will be shot simultaneously in Telugu and Tamil languages. The movie started rolling today in USA and Hemant Madhukar is the director. R Madhavan, Anjali, Shalini Pandey and Subbaraju will be seen in other pivotal roles in Silence.

Most of the film will be shot in USA and the shoot of Silence will be wrapped up this year. Kona Venkat along with People Media Factory is producing this intense action drama. Gopi Sunder composes the music. More details about the project will be announced officially soon.