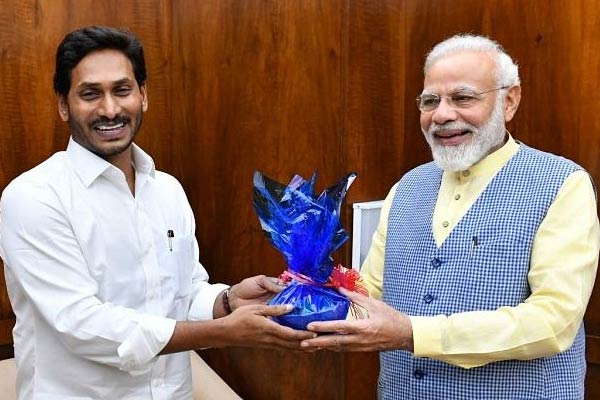 The BJP AP unit leaders are facing a very ironical tricky situation. They are facing political harassment from the YCP in local body elections. Their candidates are being threatened and injured. They are not being allowed to even file nominations. It is so complicated that BJP AP President Kanna Lakshminarayana had to complain to the State Election Commission against YCP election atrocities especially in Minister Peddireddy Ramachandra Reddy’s Punganur segment in Chittoor district. The YCP leaders are attacking BJP without the slightest fear that the BJP Central leadership would take it seriously.

On the other hand, Modi-Shah are suspected to have given their blessings to Jagan Reddy who gave the return gift of one Rajya Sabha seat. The rumours in Delhi political circles are that YCP RS ticket was given to Reliance Natwani as part of Modi-Shah understanding with Jagan.

Now, that has come as a big minus point for BJP AP leaders as well as Jana Senani Pawan Kalyan in field level. They expected YCP to spare their candidates because of Jagan’s CBI cases and the Centre’s capabilities to control him. But, with one stroke, Jagan Reddy gained total upper hand on all the opposition parties in AP.