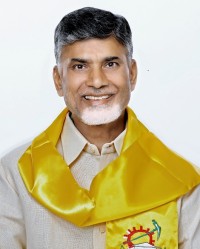 Andhra Pradesh cabinet which met for the first time in Vijayawada fell short of meeting expectations of opposition demand vis-à-vis the centre’s categorical statement that they had no plan accord special status to any state. The cabinet met for eight ours and discussed many things such as unveiling a bronze statue of Dr Kalam, exgratia and house to the parents of Rishiteswari, constructing houses for poor, completion of Polavaram by 2018 and inauguration of Pattiseema on August 15 etc, but failed to react on the planning minister’s clarification on the demand for special status.

Out side, YSR Congress has called for a dharna in New Delhi, CPI is observing state-wide bandh on August 11, and some intellectuals are planning to agitate for special status. The cabinet, though reportedly not happy at the statement, failed to make this apparent.
Opposition parties have demanded an ultimatum to NDA government on the issue by Naidu. YSRC wants Naidu to pull out of NDA government. TDP has two ministers, one cabinet (P Ashok Gajapati Raju ) and MoS (YS Chowdary). The refusal to express displeasure by the state cabinet is indicative of the fact that Naidu doesn’t want to antagonize NDA government at a time when PM Narendra Modi is maintaining equi-distance with TRS and YSRC.

Chief minister Chandrababu Naid is said to have asked the cabinet to take light of the union minister Inderjit Singh’s statement on special status.” The statement doen’t make any difference. We will continue our efforts to get the special status tag to Andhra Pradesh,” is all what he reportedly told his cabinet colleagues.

Briefing to media finance minister Yanamala Ramakrishnudu admitted that the state was subjected to all -round injustice. ” We have been promised special category status at the time of AP Reorgnization bill passage. We have been assured of special package, special assistance to cover up the revenue loss, financial assistance to capital. Many a time we raised these issues, lates being with 14 finance commission. Our requests have fallen deaf ear. Neither centre, nor 14 th finance commission fulfilled our demands. The 14 finance commission, instead of recommending special grant, simply applied all India scale. What is the assistance you (centre) extended to a state which was subjected division, revenue loss, capital loss, resources loss etc.” Yanamala lamented. Still, he said, the government would continue raise these issues till justice was done to Andhra Pradesh he said.

The cabinet , which paid rich tributes to Kalam, decided to unveil a bronze statue in Acharya Nagarjuna University. Similarly Ongole IIIT would be named after Dr Kalam. The government would give Rs 10 lakh as exgratia and 500 yard hose site in Rajamundry for parents of Rishiteswari, who committed suicide following ragging in Nagarjuna University.