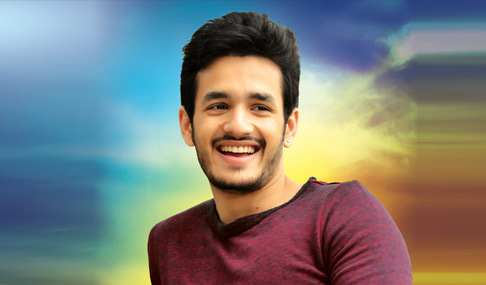 Akkineni Akhil has grabbed the eyeballs of the entire film industry and the audience with his cameo appearance in Manam, the cult classic from the Akkineni family. The handsome lad is now busy shooting for his debut film as hero in the direction of VV Vinayak. Expectations are soaring high and the makers are working hard to make it a perfect launch pad for Akhil.

The movie, which is yet to be titled, is currently in the last leg of its shoot. A close source divulged some exclusive dates regarding this much anticipated project. The first look will be revealed on August 29th on the eve of Nagarjuna’s birthday. The film’s audio, which is being composed by SS Thaman and Anoop Rubens, will be unveiled on September 20th which happens to be ANR’s Jayanthi. Also, the makers are planning to release this film on October 21st.

Sayesha Saigal is paired opposite Akhil in this film and actor Nithiin is producing it.