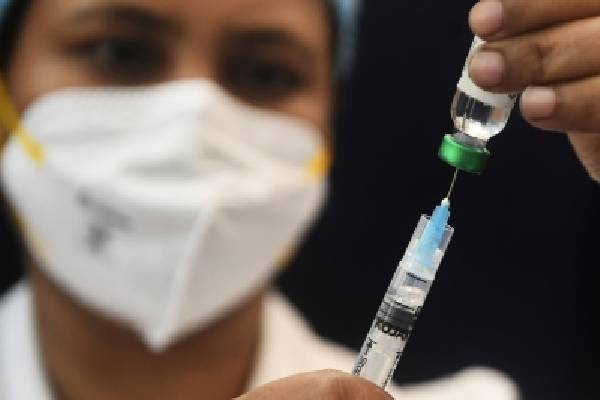 As the Coronavirus vaccination plans of Andhra Pradesh government are set to be disrupted by the forthcoming panchayat elections, the state government wrote to the Union government for guidance on how to achieve polls and vaccination goals on Monday.

“In accordance with the directions issued by the High Court and Supreme Court, panchayat polls have to be held and as per the HC directions, both the vaccination and election ought to be undertaken. In the above backdrop we seek your guidance on the further road ahead to achieve the twin objectives of vaccination and conduct of elections,” wrote chief secretary Aditya Nath Das to Union Health Secretary Rajesh Bhusan.

Das explained how vaccination for the frontline staff would be interrupted, affecting the health, police, revenue and municipal departments.

He said vaccination for 3.8 lakh healthcare workers has started, out of which 1.49 lakh took the vaccine jab until Monday, even as seven lakh more staff, including 73,188 police personnel needing to be vaccinated immediately after the healthcare workers.

The chief secretary said 2,041 session sites have been planned to cover the police, revenue and municipal departments.

“However, in the state of AP, the SEC has announced elections to the gram panchayats and the election process has started. There are approximately 1.35 lakh polling stations in the state and around five lakh staff will be deployed for election duty,” he highlighted.

Das said police personnel have to be rotated by moving them from one location to another as some of them would be tasked with bandobust arrangements such as monitoring the model code of conduct and execution of non-bailable warrants.

He also observed that polling personnel have to be deployed away from their place of work and residence as per the election commission guidelines.

“This will lead to huge logistical problems and the polling personnel will not be able to be vaccinated as the session site allocated to them through covin software will be based on their office/home location but they will be deployed elsewhere,” he said.

Likewise, those frontline staff jabbed with the first vaccine dose at one location will not be available at the same location for the second dose, including the vaccination process requiring time for observation.

He said AEFI protocol has to be followed where continuous monitoring of the recipients is needed and reminded that a few fatalities have occurred post vaccination, including one in the state.