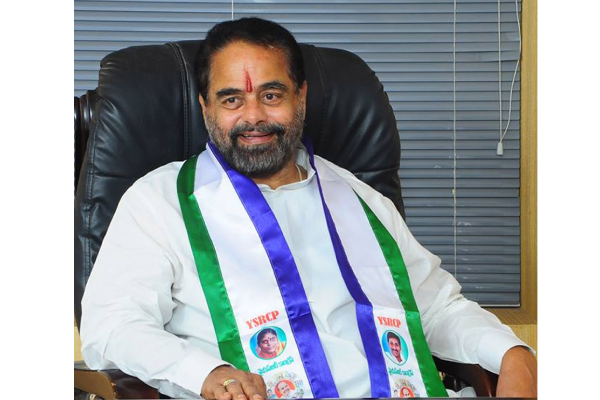 AP Assembly speaker Tammineni Sitaram is moving heaven and earth to project his son Chiranjeevi Nag as the next MLA candidate from Amadalavalasa constituency in Srikakulam district. He is said to be training his sons in the nitty-gritty of politics. He has already given key responsibilities to Chiranjeevi Nag in the constituency.

Tammineni entered politics in 1983 and became an MLC on TDP ticket. He had won from the same constituency for four consecutive times. From 2004, he suffered a lean patch in politics. He lost consecutively and changed parties. Finally, he could re-enter the assembly only in 2019 as a YSRCP candidate. He tried to become a minister, but Jagan asked him to take the responsibility of running the legislative assembly as the speaker.

Sources say that Chiranjeevi Nag played a key role in Tammineni’s victory. Later he also worked hard for the YSRCP victory in the panchayat and the local body elections. Later, he and his father went and met YS Jagan, who blessed Chiranjeevi Nag and asked him to strengthen the party further in the district.

Tammineni is also trying to convert this into a Velama vs Kalinga battle. Amadalavalasa is a Kalinga stronghold. Killi Kruparani, a senior Kalinga politician has won from here several times. Similarly Boddepudi Rajagopala Naidu from the Kalingas has won as an MP several times. Now, both Velamas and Kalingas are trying to grab Amadalavalasa. Let’s wait and see how politics in Amadalavalasa take turns and twists in the coming days.