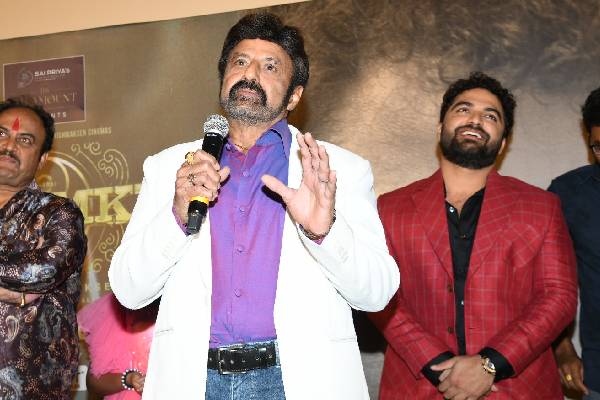 Nandamuri Balakrishna attended the trailer launch of Vishwak Sen’s Dhamki that was held in AMB Cinemas this evening. During his speech, Balakrishna hinted of returning back to director’s chair. “I wanted to direct a film but it did not happen. Narthanasala was kept on hold and I never got a chance to direct a film again. I even did not test my luck as a director. I will direct Aditya 999 and the film will release next year. Vishwak Sen is directing and playing the lead role. Wishing him all the best” told Balakrishna.

Vishwak Sen will be seen in a dual role in Dhamki which was directed by the actor himself. Vishwak’s home banner also produced Dhamki and the trailer is packed with interesting elements and action. Nivetha Pethuraj is the lead actress and Rao Ramesh will be seen in an important role. The film is aimed for February 2023 release in theatres.