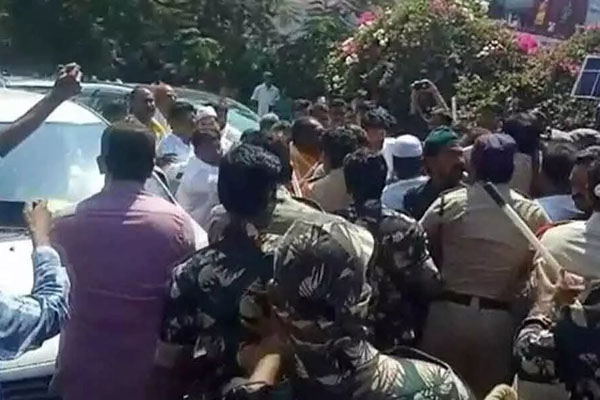 Actor-MLA Balakrishna faced angry YCP protesters during his current visit to his Hindupur assembly segment. The YCP leaders raised slogans of Rayalaseema Drohi (meaning Seema Traitor) against the NTR Son. Agitated at this, the TDP activists and Balakrishna fans picked up a confrontation with the ruling party leaders.

As this created tensions, the local police arrived on the spot and tried to disperse the mobs. Despite this, the YCP leaders continued raising slogans against Balakrishna over the TDP opposition to Kurnool Capital City. The ruling party has been holding protest rallies all over Rayalaseema to embarrass the main opposition on the issue of 3 Capitals Bill.

Balakrishna remained silent and avoided immediate confrontation with the YCP leaders there. The TDP leaders are under heavy pressure in Seema region because of the provocative propaganda of the YCP leaders. YCP is making all out efforts to instigate the Seema sentiment against the Opposition parties.