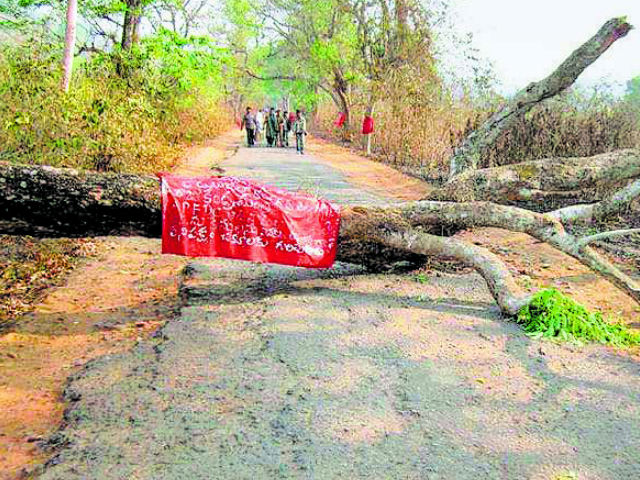 After a long gap Maoists have jolted the state government with an abduction. In recent times, the Maoist party faced several setbacks starting from the killing of their top leader Azad by the police in united Andhra Pradesh to the recent brutal killing of two students in Telangana, one of them a girl student, was killed after torturing by dousing acid in her private parts. Today, surfacing again for a cause, they abducted three TDP local leaders from G.K. Veedhi, Visakhapatnam. According to the information reaching Hyderabad, the incident took place on Monday evening. Of late, Maoists, who are opposed to the mining of Bauxite, are making their existence felt.

Telugu Desam party Mandal committee president Mamidi Balayya Padal, senior leader Vandalam Balayya and district committee member Mukkala Mahesh have been picked up from their houses at Kothaguda village on Monday evening by a group of Maoists, according police sources.

The whereabouts of the kidnapped is not known. More incidents are likely to take place once the government gives go-ahead to the mining of bauxite by Anrak and Jindal Southwest companies.
According to sources in the government, chief minister Naidu is in favor exploiting the bauxite with some changes in the MoU signed in order mobilize funds to the capital construction. As environmentalist are opposed to the mining of bauxite which is located in the ecologically sensitive areas in the agency which is water source for Visakhapatnam district, Naidu is reportedly hesitating to make his intention public. But, the deployment of paramilitary forces in the agency is a clear indication to the plans of government.