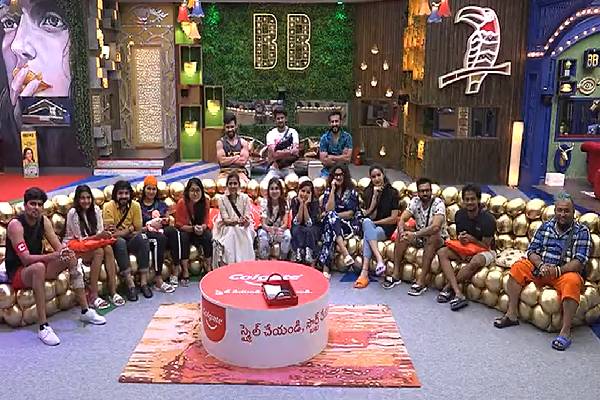 Bigg boss this week became more engaging due to the verbal war between Priya and Lahari. It seems audiences sympathies are with Priya as per social media reports. The audience are eagerly waiting to know couple of things like- who will leave this week, and whether Nagarjuna will expose Ravi’s statements on Lahari with Priya etc. However anything can happen in Bigg boss house.

Who is the worst performer of the week?

Bigg boss asked the housemates to name one person who, in their opinion, is the worst performer in this week. Manas named Jessie. Shanmukh, Sriram, Ravi, Nataraj master, Kajal, Siri and Hamida named Manas. Anne named Sunny. Swetha nominated Nataraj master. Vishwa and Lahari nominated Priya. Bigg boss asked the captain Jessie to send the worst performer to the Jail. He sent Manas to jail. Anne and Nataraj were seen discussing that Manas strategically manipulated others to send him to jail.

Lobo asked Bigg boss to permit him to sleep for 5 minutes and then slept for 5 minutes. Bigg boss gave the warning but immediately Lobo pretended to be not sleeping. Captain Jessie punished himself for this.

Bigg Boss gave a surprise gift to Nataraj master by showing his wife’s Seemantham function in the house in front of ask the housemates. Nataraj master became extremely emotional by watching this video.

Shanmukh has been avoiding Siri for last couple of days. Siri observed this and questioned Shanmukh in one of the previous episodes. But he still didn’t respond to her properly. she had been feeling sad about this. Today also she was seen expressing her pain to Kajal.

Sriram and Hamida were seen flirting with each other. Hamida was seen saying, the way she behaves with Manas is different and the way she talks to him is different. She also said that she cannot understand Sriram. Sriram also seen saying that their relationship is definitely not brother-sister or friendship but it’s something different. Earlier Priyanka was seen teasing with Manas, who is in jail, that who will feed Hamida now in the absence of him. Overall it seems, Bigg Boss makers are preparing ground for a triangle love story between Manas , Hamida and Sriram.

On the whole it was an episode with mixed emotions.