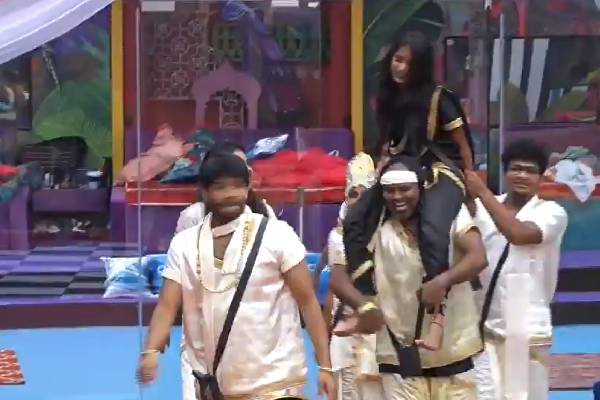 In Bigg boss 4, one contestant who entertained the audience from day one and has a steady graph is Avinash. He became captain of the house for the first time.

Avinash Vs Ariyana for captaincy task:

As part of the captaincy task, Avinash and Ariyana were given two carts. They have to transport the housemates to the stations allotted to them. Whoever have transported more people will be the winner. However, the catch is that, housemates may choose whose career they want to enter. This means the contestant who has more acceptance of others has more chances of winning the task.

Initially it was a tie between both of them. But finally Avinash emerged as winner. House was divided into two with half of them supporting Avinash and the other half supporting Ariyana. There were discussions about whom to support. Housemates like Amma opined that entertaining person like Avinash can keep  the house happy as Captain.

Ariyana loses but got appreciation:

Ariyana list the captaincy to Avinash. But during the game, housemates like Abhijit told her that they were ready to support her g if she can give an assurance that they we will be exempted from all the domestic work for next week by her (if she becomes captain). But Ariyana refused to do so and told she is ok to forego the captaincy but not agree to show bias on someone after becoming captain. This stand of her got appreciation from the audience though she lost the task.

We have to wait and see how will be the captaincy of Avinash.