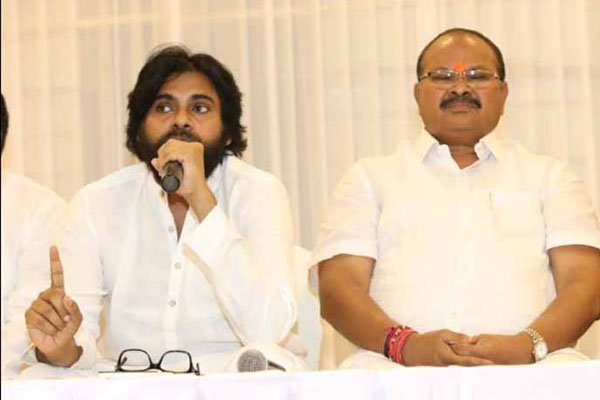 BJP AP and Jana Sena leaders met in Vijayawada today and reached an alliance understanding to contest all future elections together. They also decided to fight for Amaravati to continue as the Capital City of Andhra Pradesh. Both the parties would however maintain an equi distance from the TDP and the ruling YCP. The meeting was attended by Jana Senani Pawan Kalyan and BJP leaders Sunil Deodhar, Kanna Lakshminarayana, GVL Narasimha Rao and others. The two parties leaders said that Amaravati Capital should be continued from where Prime Minister Modi laid the foundation stone for it.

The BJP came forward for the alliance as Pawan Kalyan offered to work with that party unconditionally. Both the leaders expressed strongly their opinions against the anti-people policies of Jaganmohan Reddy government. The BJP leaders have also attacked the TDP for its misrule in the previous five years. Both the parties leaders held a joint media conference and announced their alliance. They said that the BJP-Jana Sena would work hard to come to power in the State in the next 2024 general election. Significantly, both BJP and Jana Sena unanimously decided to support Amaravati Capital. BJP leaders GVL and Veerraju have also kept silent on this aspect.