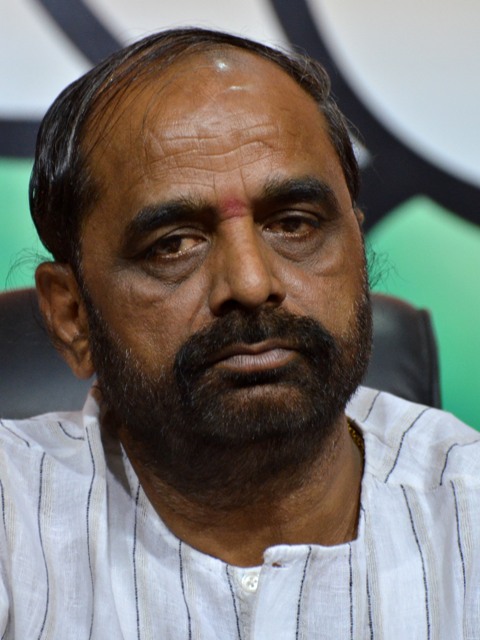 Normally, opposition parties bank on the failures of the ruling party in byelections. The byelection is generally fought to prove a point or two that the people are disillusioned with the ruling party. Every byelection is dubbed as referendum on the performance of the ruling party and Warangal is not a far cry. This is because, opposition parties are not in a position to the offer any sops like the party in power does. Warangal election bears testimony to this. Helpless Congress has been excoriating the TRS ,and its president and chief minister K Chnadrasekhar Rao thoroughly as in lieu of offering sops. As if the state leaders are not enough to do the job, T-Congress even deployed a team of central leaders to add new angle to the offensive.

On the other hand BJP chose an entirely different model to campaign for its candidate Pagidipala Devaiah. Though engaged in the slanging-match in campaign, BJP added a new dimension to its campaign theme ie TRS bashing. The party enjoys an enviable position of being opposition party and at the same time a ruling party. The party is an opposition party in the state, but at the centre it is the ruling party which gives an edge to the party’s campaign over others. BJP is exploiting it dual status to the hilt in Warangal byelection. On behalf of the party for the past few days, union minister for chemical and fertilizers, Hansraj Gangaram has been camping in the constituency. He started lavishing assurances on the people. He promised to the people of the constituency that the centre would develop the Warangal city into a second capital of Telangana if the party’s nominee P Devaiah was made an MP. Even though BJP is not in power in Telangana, as the ruling party at the centre, he said the BJP had the capacity to help the people of Warangal in more than one way. ” Warangal has already been included in list of cities the centre plans to develop into smart cities. Warangal will also find place in the schemes HRIDAY, AMRUT etc. Two trains connecting Telangana state, one from Kazipet to Mumbai and the another to Wardha will be flagged off after the byelection,” he said listing out many more central schemes that would benefit the Warangal. He urged the people of Warangal to vote in favor of Devaiah to pursue all these schemes and projects, which would enhance the status of Warangal into the second capital of Telangana. One can’t be sure of the outcome of the election, but Gangaram struck an instant chord with Warangal by using the term ‘second capital’ which the TRS could not do.