Switch to: తెలుగు
Home Politics Bosta says Jagan is not ready to Hyderabad model in AP 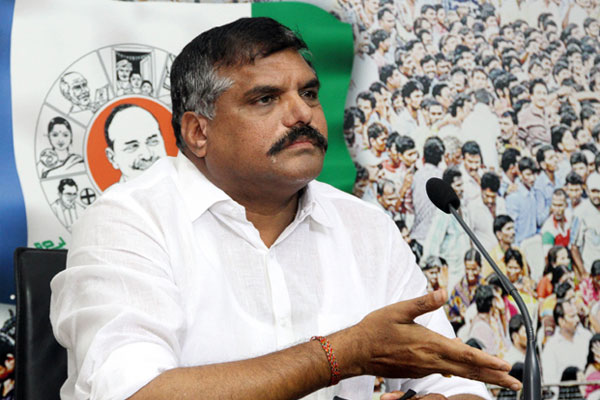 AP Minister Botsa Satyanarayana said that chief minister Y S Jagan Mohan Reddy was not ready to repeat Hyderabad-model development in Andhra Pradesh. He said that Jagan Mohan Reddy and the YSR Congress government were planning to have more cities in the state developed on par with Hyderabad.

The Minister participated in a round table meeting organised by intellectuals and journalists at Kakinada on Saturday. The minister said that the successive governments from 1956 have developed only Hyderabad city and neglected other parts of the combined state.

North Coastal Andhra and Rayalaseema regions in Andhra Pradesh were totally neglected, the Minister said. He said all Central institutions and state offices were located only in Hyderabad and developed the only city, while other places started for funds and development.

The Minister said that the chief minister was planning to develop Amaravati, Visakhapatnam and Rayalaseema as Hyderabad in the first phase. There would be several Hyderabad’s in Andhra Pradesh under the YSR Congress regime, the minister asserted.

Botsa Satyanarayana also referred to the padayatra by the Amaravati farmers to develop only Amaravati. He said the farmers’ demand was unjust as the government has the responsibility to develop all regions with an equal approach.

The minister took a dig at the Amaravati farmers and its supporters and said that the issue had become more political. He found fault with the farmers for taking up the padayatra and visiting other areas against the wishes of the people.

“It doesn’t take even a minute to stop the padayatra which has become more political. There are people and areas which want decentralisation of development. The farmers of Amaravati are provoking the others,” the Minister said.